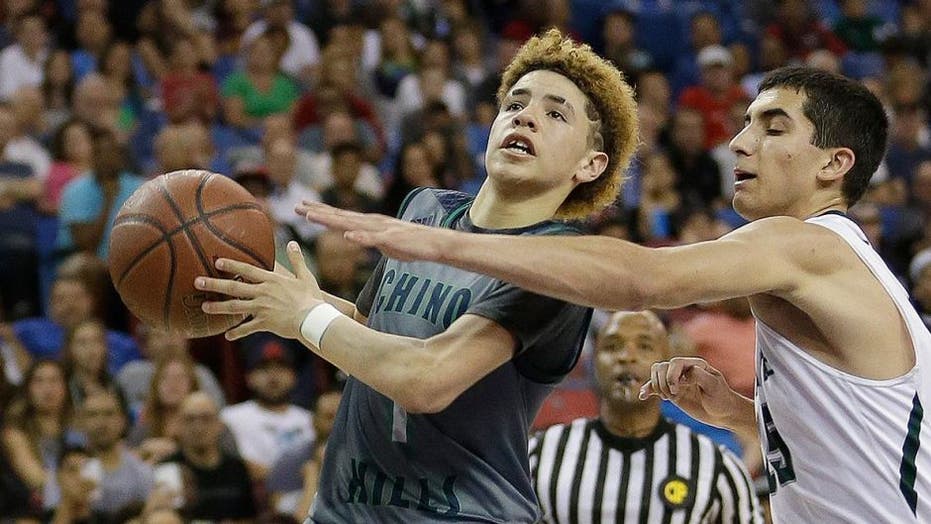 Young basketball prodigy LaMelo Ball announced Monday he was going to play professional basketball in Australia while he prepares to enter the 2020 NBA Draft.

Ball, 17, will play in the National Basketball League under its Next Stars Program. He was regarded as one of the top high school prospects in the U.S. but college programs were swayed away from recruiting him due to his connection to the Big Baller Brand apparel company and the signing of an agent.

Ball, the brother of Lonzo Ball who was reportedly traded to the New Orleans Pelicans as part of the Los Angeles Lakers’ deal for Anthony Davis, is expected to be one of the top picks in next year’s draft.

Ball will play for the Illawarra Hawks. Simon Stratford, the team’s owner, said in a statement that his new guard is an “exceptional talent.”

“Having him in a Hawks jersey fits with the goal of cultivating the best young talent and making them great,” Stratford said. “It’s putting the club at the top of the list for future NBA stars.”

Ball said going into the Next Stars Program, which places players with Australian teams who are eligible for the NBA Draft and hand-picked by scouts, will give him an opportunity to hone his skills.

“The NBL is a really solid league, with great coaches and players, and I am looking forward to putting all my focus and energy into basketball and getting to work,” he said.

The National Basketball League tips off in October.