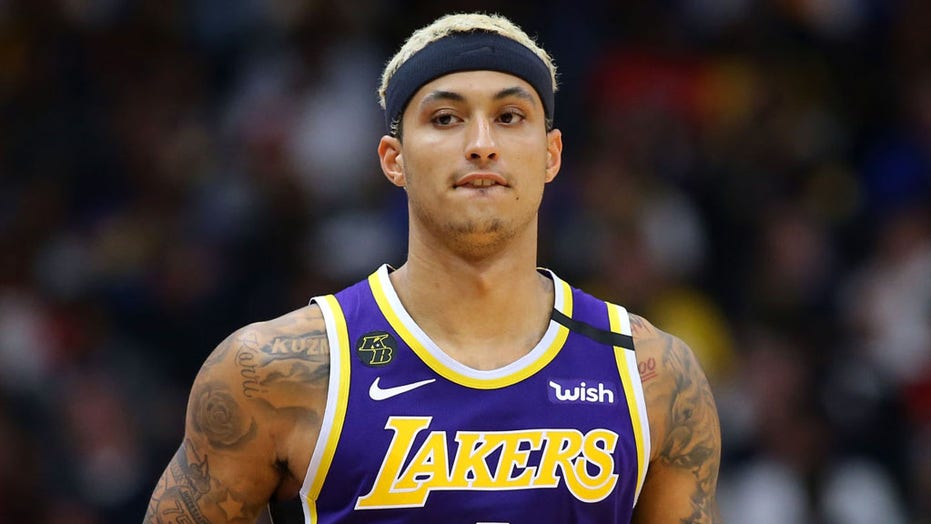 Los Angeles Lakers forward Kyle Kuzma reflected on white privilege and racism in the U.S. in an essay he wrote Tuesday for The Players’ Tribune.

Kuzma, who is in his third year with the Lakers, is the latest athlete to sound off on the issue in the wake of the police-involved death of George Floyd and the protests that ensued across the nation.

AL SHARPTON TO THE NFL: 'GIVE COLIN KAEPERNICK A JOB BACK'

The young player broke down what white privilege meant to him.

“That’s why white people have to realize, it’s not just about your heart or your individual mindset. Like how some people say, ‘I don’t have a racist bone in my body,’” he wrote.

“Well, the system does, and you can’t see it because it benefits you."

BRONCOS' VON MILLER WRITES 'I AM ALL IN FOR UNITY, EQUALITY AND JUSTICE' FOLLOWING GEORGE FLOYD'S DEATH, PROTESTS

He continued: “The best analogy I’ve heard that explains white privilege is that it’s like an invisible backpack that every white person wears. If you’re white and you’re ever in a situation where you might need help, you can take that backpack off, open it up, and pull out all sorts of s—t.”

Kuzma, who is biracial and grew up in Flint, Mich., wrote about what it was like living in basically two different worlds.

“I’m mixed (my mom is white and my dad is black), and as far as my identity growing up, it was really in the eye of the beholder,” he wrote. “When I was a kid, some of the black kids in my neighborhood would say, ‘You’re not black.’ But then when I got to Bentley High, all of a sudden I’m like one of the only black kids at an all-white school. I heard all kinds of racist things, racist jokes.”

He added: “I’m sure a lot of biracial kids have that kind of similar story of not being black enough for the black kids and not being white enough for the white kids. As a kid, you don’t know the history behind all that. You can only really see the situation like the black community is telling you, ‘You’re only half of us.’ While to the white community, you’re just black, or worse — you’re a n-----r. (They actually said stuff like that in front of me when I was in high school.)”

For anything to change, Kuzma wrote, people have to start to understand what the problem really is — racism is part of society and society made it this way.