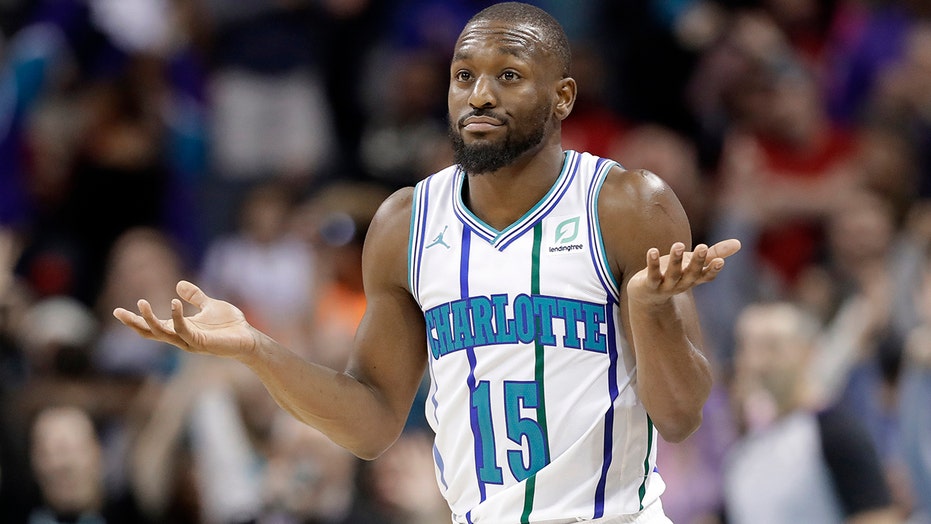 Behind Kyrie Irving, soon-to-be free agent Kemba Walker is the next best point guard that is set to hit the market in the summer.

Walker has spent his entire career with the Charlotte Hornets -- who drafted Walker with the No. 9 pick in the 2011 NBA  Draft. He's proved to be one of the most reliable point guards in the league since then and now he gets to test the market and try to get a big contract.

Walker is most certainly going to command a max contract from any prospective team thinking about signing him. Charlotte might have the inside edge thanks to Walker's apparent willingness to take less than the max to re-join.

Here are five teams that could sign Walker once free agency begins on June 30.

Walker is willing to take less than the supermax to re-join the Hornets. (AP Photo/Chuck Burton, File)

What makes the Hornets more appealing for someone like Walker is that they can offer him a supermax contract because he was an All-NBA selection. Walker has even expressed interest in taking a discount to stay in Charlotte. However, Walker is going to get a chance to hear from other teams who have better teammates to offer than the Hornets, which would give the former UConn star a better path toward an NBA title.

The Lakers are hoping to chase Walker as well as Kawhi Leonard and Jimmy Butler among other big names during free agency. Los Angeles would need to clear extra cap space for them to even think about offering either of those players. However, one report stated that Walker may not find Los Angeles appealing to live which doesn't make things any easier in the Lakers' recruitment of the star point guard.

The Mavericks appear to be a long shot to sign Walker. (AP Photo/Chuck Burton)

ESPN reported the Mavericks were among the teams that were going to express interest in Walker. Dallas definitely needs a point guard and a big name to pair with Luka Doncic. While Dallas could offer Walker a max contract, the team would have to make itself more appealing than a team like Charlotte for Walker to even consider it.

Could Walker return home and sign with the Knicks? (Photo by Streeter Lecka/Getty Images)

The Knicks are one of the New York City teams that are going to be in need of a point guard and reportedly have Walker on their radar. ESPN reported the Knicks are going to express a lot of interest in Walker once the free-agent period opens up and it makes sense that the point guard would take a meeting with the team. Walker is a New York City guy -- he went to high school Rice High School in Manhattan before it closed down.

The Nets may have interest in Walker, but the team is reportedly focused on Kyrie Irving. (Steve Mitchell-USA TODAY Sports)

The Celtics emerged as a "stealth suitor" for Walker in the days leading up to the beginning of free agency, The New York Times reported. With Boston appearing ready to lose Kyrie Irving during the offseason, Walker would be the next best option. However, Walker has said he would be willing to return to Charlotte and could leverage his situation to get a supermax contract.