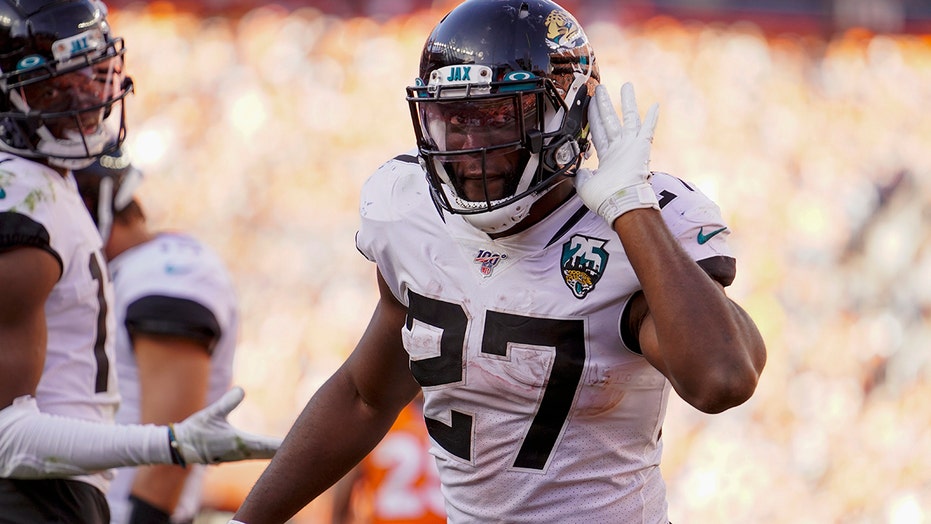 The Jacksonville Jaguars are “going to go forward” with Leonard Fournette on the team, general manager Dave Caldwell said Monday while also acknowledging there was talk about moving him during the draft.

Caldwell made his comments about the fourth-year running back on the “PFT PM” podcast. Rumors about the Jaguars potentially parting ways with Fournette spiked around the draft but the team ultimately kept him and he’s apparently in the plans for 2020.

LOGAN RYAN NOT RETURNING TO TITANS AFTER SOLID 2019 SEASON: 'MY CHAPTER IN TENNESSEE HAS COME TO A CLOSE'

"There were just some minor discussions with that but nothing substantial throughout the draft or prior to the draft,” Caldwell said. “I think the mindset is that we’re going to go forward with Leonard on the team. I had a good talk with him on Friday."

He added: "I know Coach Marrone has had some discussion with him. He seems to be in great shape and mental frame of mind, and we feel that he’ll have a great season this year.”

Caldwell also talked about Fournette publicly campaigning for the team to sign free-agent quarterback Cam Newton with Grander Minshew II seen as the starter going into the new season.

“I’m sure they’ll be on the same page they’re both professional guys, and I’m sure a lot of it was taken out of context from my understanding,” Caldwell said. “Gardner’s a tremendous leader and I think Leonard will do his best and put his best foot forward I don’t, to my knowledge, I don’t know what’s taken place but I’m sure it won’t be an issue.”

Jacksonville selected Fournette with the No. 4 pick of the 2017 draft. Since then, he’s rushed for 2,631 yards and 17 touchdowns. He’s rushed for more than 1,000 yards in two out of the three seasons he’s been in the league but hasn’t appeared in all 16 games.