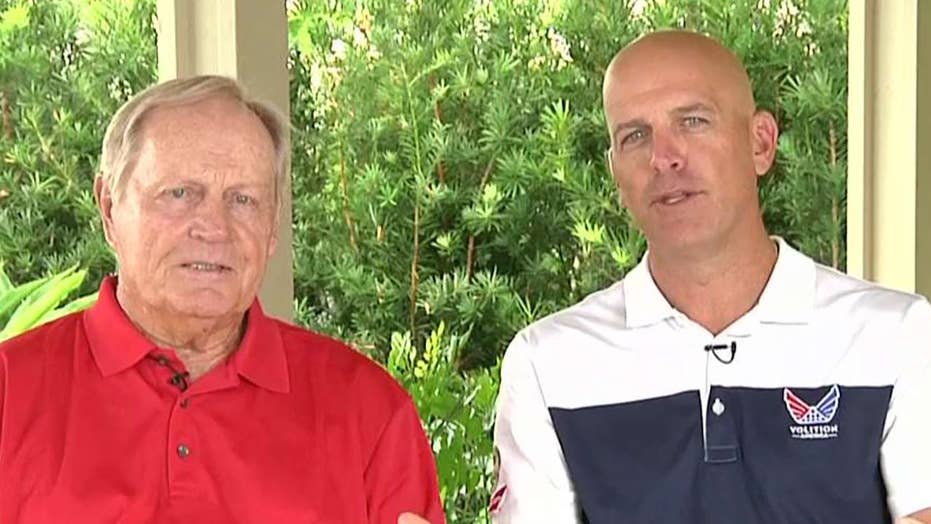 Jack Nicklaus teams up with Folds of Honor

Legendary golfer Jack Nicklaus commended Tiger Woods on Wednesday for his comments about having “respect” for President Trump.

“I couldn’t have agreed with Tiger more,” said Nicklaus during an interview with the Golf Channel.

“Whether it’s Barack Obama or Donald Trump in the office of the president, you respect the office.”

Nicklaus, 78, believes a person’s political views shouldn’t matter when it comes to respecting the commander-in-chief.

“It doesn’t make any difference,” he said. “The office of the president is the head of the greatest country in the world.”

The golf legend has been a vocal Trump supporter over the years, but hadn’t commented on what Woods said until Wednesday — calling it “very appropriate.”

“I’ve known Donald for a number of years,” explained Woods. “We’ve played golf together. We’ve had dinner together. I’ve known him pre-presidency and obviously during his presidency.”

Asked whether he thought badly about Trump due to his policies on immigration, Woods said: “Well, he’s the President of the United States. You have to respect the office.”

The comments earned widespread praise from conservatives, and even Trump himself.

“Tiger wouldn’t play the game — he is very smart,” the president tweeted on Monday. “More importantly, he is playing great golf again!”