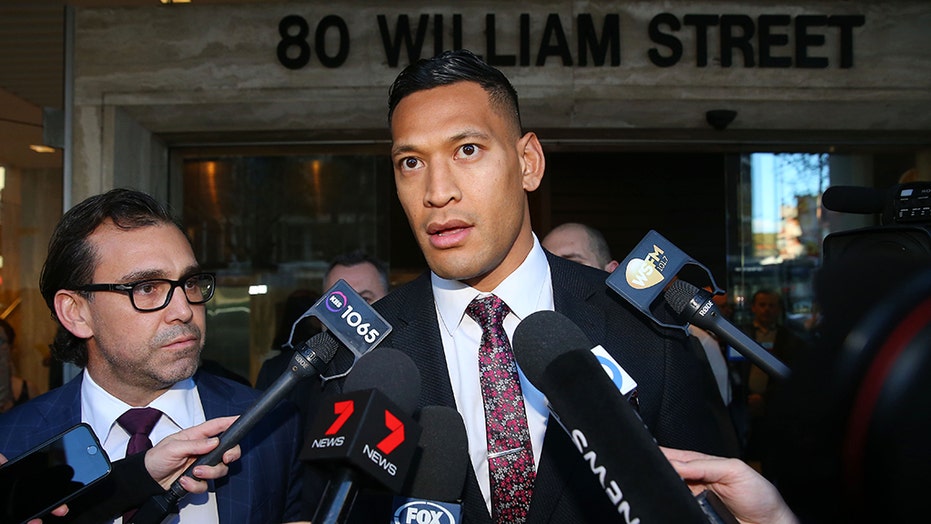 The Australian rugby player who was fired earlier this year for writing on social media that “hell awaits” gay people has sued Australia Rugby and his former team, claiming that his contract was unlawfully ended over his Christian beliefs.

Israel Folau launched a court action against the federation and the NSW Waratahs this week after mediation attempts in the country’s main workplace relations tribunal broke down in June.

“Unfortunately, our conciliation before the Fair Work Commission did not resolve the matters between us and I have been left with no choice but to commence court action,” Folau said in a statement, according to the Guardian.

The 30-year-old rugby player’s career ended in May after he posted an image on social media saying “Hell awaits you!” with a list of sinners, including “homosexuals, adulterers, liars.” He said these “sinners” must repent to Jesus to be saved.

In his lawsuit, Folau is seeking $6.8 million in compensation and a return to the national side, BBC reported.

“I confirm I have commenced court proceedings against Rugby Australia and NSW Waratahs,” he wrote on Twitter on Thursday. “Thank you to those who have supported me over this journey – it has meant so much to Maria and me. God bless.”

“I believe it is my duty as a Christian to share God’s word,” Folau said at the time. “Upholding my religious beliefs should not prevent my ability to work or play for my club and country.”

Folau has drawn support from vocal Christian lobby groups. In June, he raised more than $1.3 million in a crowd-funding campaign by the Australian Christian Lobby.

An earlier fundraiser had been shut down by GoFundMe after the platform said Folau’s cause promoted discrimination.

“I have been blessed to have received the support of tens of thousands of Australians throughout my journey, and I want to say thank you to everyone who has offered their prayers and support. It has meant so much to [wife] Maria and me over the last few months and gives us strength for the road ahead,” he said.