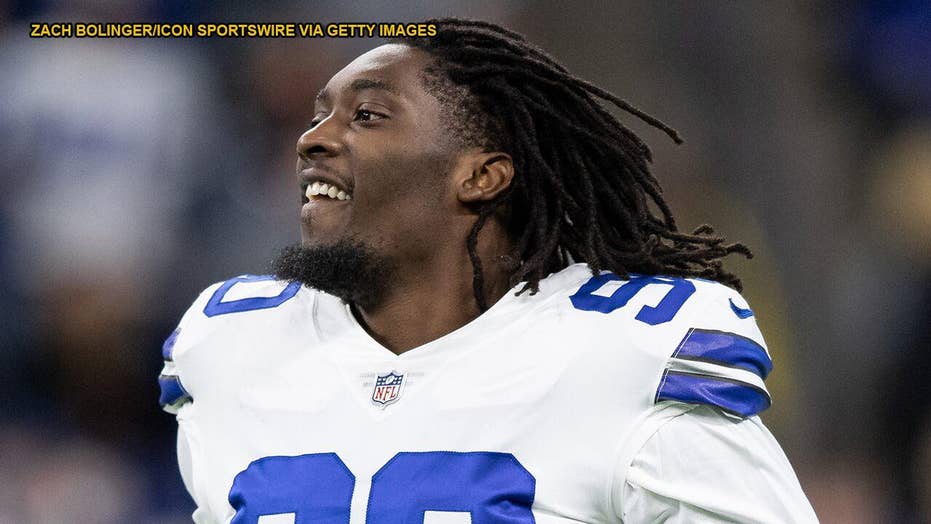 In a video which surfaced Thursday, DeMarcus Lawrence can be heard telling an unidentified kid who asked him for an autograph, 'get the right jersey, son!' Lawrence defending his actions on Twitter using the hashtag 'SorryNotSorry'.

New York Giants star Saquon Barkley came through for one fan who had been seeking an autograph from Dallas Cowboys star Demarcus Lawrence earlier this year.

Video surfaced Wednesday on TMZ Sports of Barkley meeting 11-year-old Kamil Bautista before the Giants took on the New York Jets on Nov. 10.

FLASHBACK: NEW YORK GIANTS' SAQUON BARKLEY CHEERS UP YOUNG FAN WHO WAS SNUBBED WHEN HE ASKED FOR AUTOGRAPH

Barkley saw the interaction between Kamil and Lawrence, in which the Cowboys star turned the kid away because he had Giants gear on and the running back gave the kid and his family tickets to the Jets game as a way to make up for the snub.

Kamil and his family gave Barkley a gift upon meeting the running back outside MetLife Stadium. As Barkley left to go into the stadium, Kamil was left star struck.

The Jets ended up beating the Giants, but Kamil’s father told TMZ Sports that they’re still rooting for them.

“Our Giants are not doing that great this year but we support them 100000 percent all the time from South Texas,” he said.

Lawrence later apologized for the way he acted.

“How the fans are attacking me, their situation,” he said. “I mean, I could have worded it differently. I really didn’t see the kid to be honest with you, but once I did, I’m like, ‘Oh man, yeah, you’ve got to get yourself a new jersey.’ Not everybody understands my sense of humor or who I am as a man. It will be all right.”