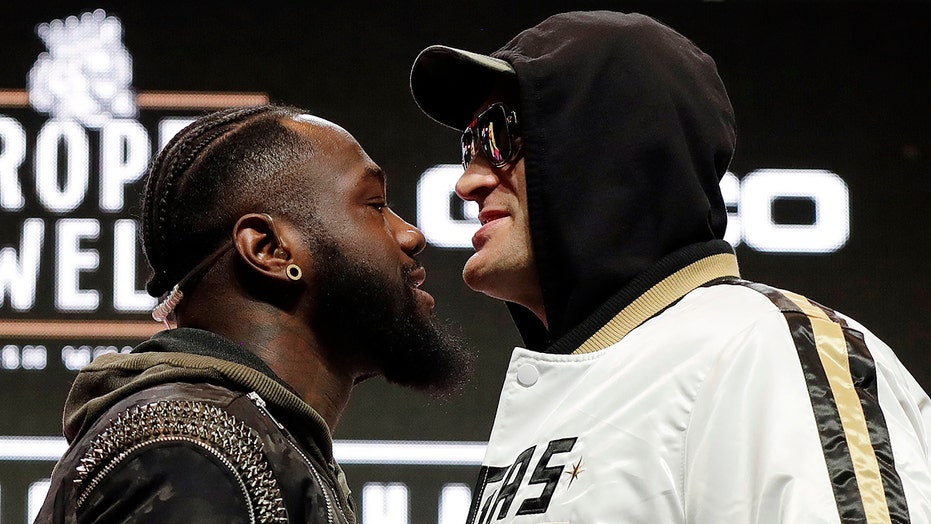 Deontay Wilder and Tyson Fury will face off Saturday night in Las Vegas in a highly anticipated rematch of their classic heavyweight bout, which ended in a draw.

Wilder and Fury will participate in one of the biggest heavyweight title fights since Lennox Lewis defeated Mike Tyson nearly two decades ago.

“Boxing is back,” promoter Bob Arum said earlier this week. “And as a really important sport, not a niche sport anymore.”

It took a while for the rematch to come to fruition.

Here are some other things to know about the fight and the fights before the bell rings Saturday.

Tyson Fury, of England, right, and Deontay Wilder face off for photographers during a news conference for their upcoming WBC heavyweight championship boxing match, Wednesday, Feb. 19, 2020, in Las Vegas. (AP)

Where to watch: ESPN+, ESPN, and FOX Sports

Deontay Wilder arrives at the MGM Grand ahead of his WBC heavyweight championship boxing match against Tyson Fury, of England, Tuesday, Feb. 18, 2020, in Las Vegas.  (AP)

In this Thursday, Feb. 13, 2020, photo, boxer Tyson Fury poses for a portrait in Las Vegas. Fury is scheduled to fight a heavyweight rematch with WBC champion Deontay Wilder on Saturday in Las Vegas.  (AP)