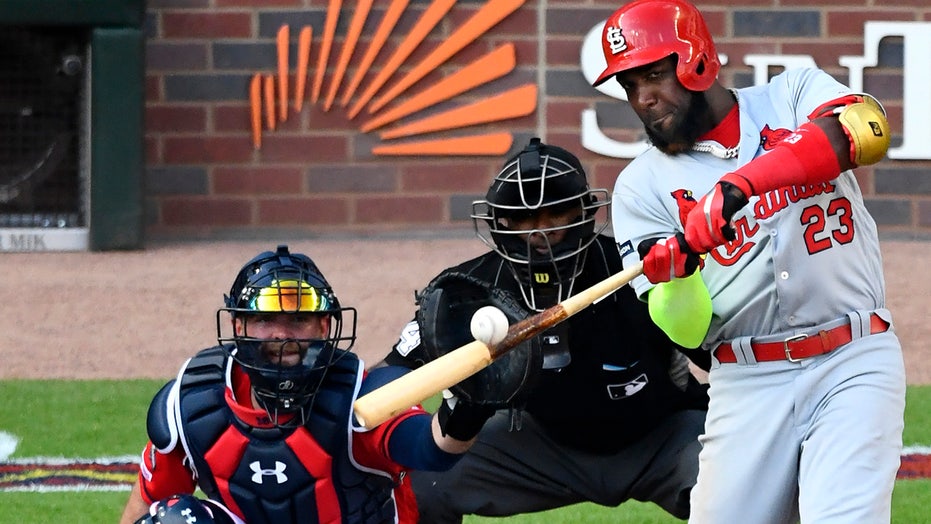 The Atlanta Braves found their new cleanup hitter when then reached an agreement with free agent outfielder Marcell Ozuna on an $18 million, one-year deal Tuesday.

Ozuna joins the team he helped beat in the playoffs last October. He hit .429 with two home runs for the St. Louis Cardinals in their five-game win over the Braves in the NL Division Series.

“We just focused on the player we thought was the best fit here,” Braves general manager Alex Anthopoulos said. “We were looking for a middle of the order bat.”

The 29-year-old Ozuna hit .241 with 29 home runs and 89 RBIs last season. His low batting average was something on an oddity because he ranked among the major league leaders in the highest percentage of hard-hit balls, according to Statcast.

Ozuna will be the probable choice to fill the fourth spot in the Braves lineup that was left vacant when third baseman Josh Donaldson signed a $92 million, four-year deal with Minnesota.

“The projection is he will bat cleanup for us, but our focus was just on getting good players,” Anthopoulos said.

The addition of Ozuna creates a logjam in the Atlanta outfield. Ronald Acuña Jr, Ender Inciarte and Nick Markakis were expected to be the starters. Markakis could have been targeted to share the left field job with Adam Duvall.

Anthopoulos said Acuña and Ozuna are “projected as everybody players." He said the full field with Inciarte, Markakis and Duvall "will be worked out over the course of the spring."

Anthopoulos said he believes Ozuna can return to the form he showed while with Miami in 2017, when he hit .312 with 37 homers and 124 RBIs — all career highs.

“We liked our outfield but we really feel strongly about Ozuna's bat and we think there's a lot more upside than what he showed last year,” Anthopoulos said. “We just thought it would be a really good fit for us and the deal made sense for both sides.”

The Ozuna signing also means Johan Camargo and Austin Riley will compete for the starting job at third base unless the Braves make another move.

Anthopoulos said Camargo has impressed the team with his “work ethic and conditioning” this offseason. He said Riley has worked on hitting breaking pitches after that weakness cost him playing time following a strong start to his 2019 rookie season.

Ozuna is a two-time All-Star who spent his first five seasons with the Marlins, then was traded and played two years in St. Louis.

The two-time NL East champion Braves have been busy this offseason. On Monday, they signed former AL Cy Young Award winner and longtime Seattle ace Felix Hernández to a minor league with an invite to big league spring training.

The Braves also have signed veteran left-hander Cole Hamels to an $18 million, one-year deal to add experience to the rotation. Atlanta signed another left-hander, reliever Will Smith, a possible closer, to a $40 million, three-year contract and added catcher Travis d'Arnaud for a $16 million, two-year deal.