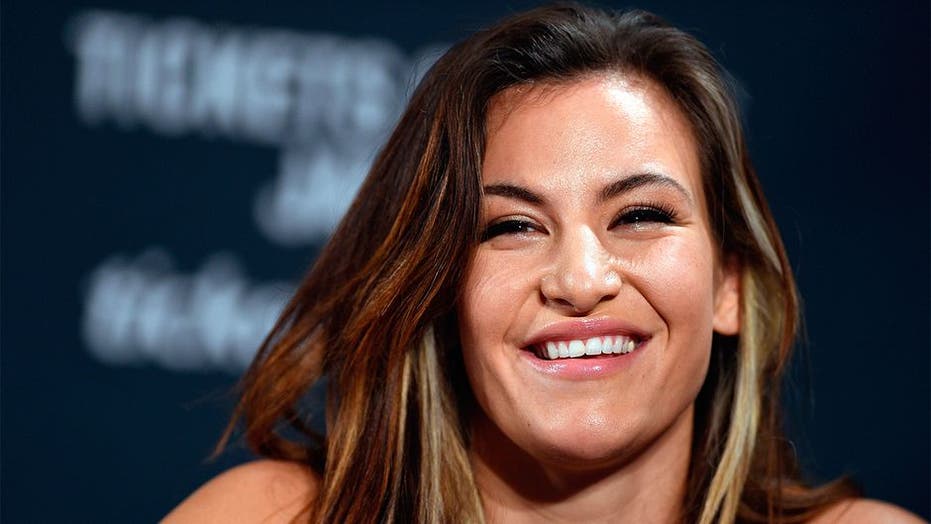 Former UFC champion Miesha Tate revealed Sunday that she gave birth to a baby boy in her bathroom.

Tate’s partner Johnny Nuñez delivered their son, Daxton. She posted a photo of herself holding her newborn baby on Instagram.

“Today I became a Mother all over again! The experience was incredible, we planned a hospital birth but our son had other plans!” Tate wrote in the caption. “Daxton Wylder Nuñez was born at 8:20am June 14th in our home. We welcomed our son as a family..... it was perfectly imperfect and I am over the moon!”

Tate thanked Nuñez for helping her stay focused as she was giving birth.

“I cannot thank you enough @johnnyboymma you kept me centred, focused and helped me unexpectedly deliver our baby! I couldn't have done it without you truly. Thank you for being my rock.”

The couple also share a 2-year-old daughter who also appeared to be present during the birth.

Nuñez also commented on the birth in his own Instagram message.

“When times couldn’t have been any crazier! Then this happens. I delivered my son into this world on Sunday June 14th at 8:20 am,” he wrote.

“Such a strong little man wanted to come into this world so quick he decided to come in our very own bathroom. What an experience to deliver your own child. It’s a bond we both will have for the rest of our lives.”