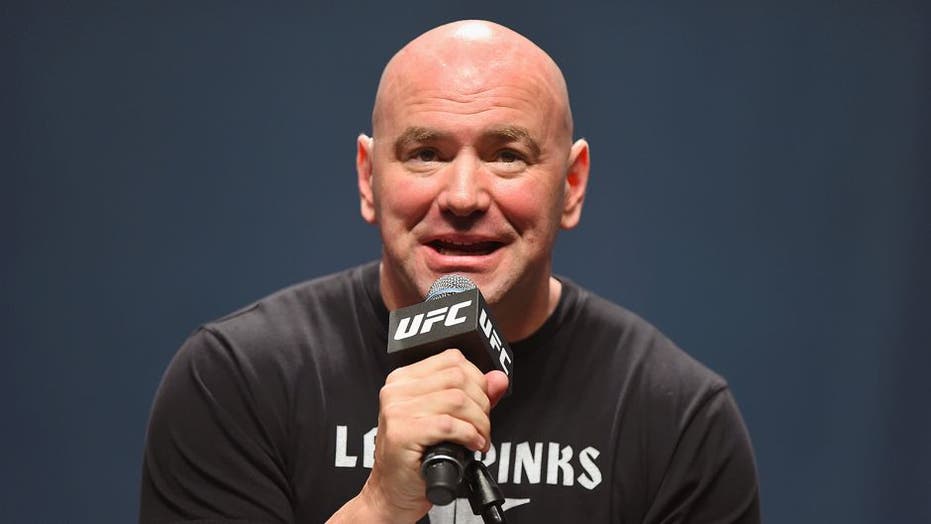 UFC president Dana White may be at odds with two-time light heavyweight champion Jon Jones over a pay dispute, but he praised the fighter for putting a stop to the violent and destructive rioters taking part in the George Floyd protests last week.

White, a close friend and supporter of President Trump, spoke about the protests and riots that followed the death of Floyd, a 46-year-old Minneapolis man who was killed last month while in the custody of the police, while appearing on the “Steve-O Wild Ride!” podcast.

“It’s like when I wanted to come back and have fights in the pandemic,” he said Thursday. “I could have gotten all 350 of my employees, and we could have walked up and down the street and chanted ‘we wanna fight.’ That’s not what we did. We got out and told our story in the media and worked with politicians.”

Rioting and looting erupted in major cities alongside protests across the U.S. following Floyd’s death. White offered a solution, taking from the page of one of his own fighters.

“I think maybe I should send UFC fighters out on the streets to stop this s--t.”

He continued: “Did you see [Jones] walking the streets of Albuquerque? Taking spray cans out of those kids’ hands. Those kids s--- their pants.”

White was referencing a video Jones posted to his Instagram earlier this week in which he confronted two vandals who appeared to be holding spray cans. He demanded that one of them give up the spray can and he walked over to another person who immediately gave their spray can to the fighter.

“Is this s--t even about George Floyd anymore?,” Jones wrote in the post. “Why the f--k are you punk a-- teenagers destroying our cities!?? As a young black man trust me I’m frustrated as well but this is not the way, we are starting to make a bad situation worse.”

Jones has been outspoken about the protests and riots that have erupted in the days following the police-involved death of Floyd.

“Protesters, don’t be afraid to speak out against looters. Discouraging their behaviors will definitely help. No one wants to be filmed looting whether wearing a mask or not,” he said in one tweet.

“If you want your March or views to be considered non-violent and successful, You shouldn’t stand for people looting at your events,” he said in another. “All I’m saying is each and everyone of us can make a difference while still supporting our community, environment and neighborhoods.”