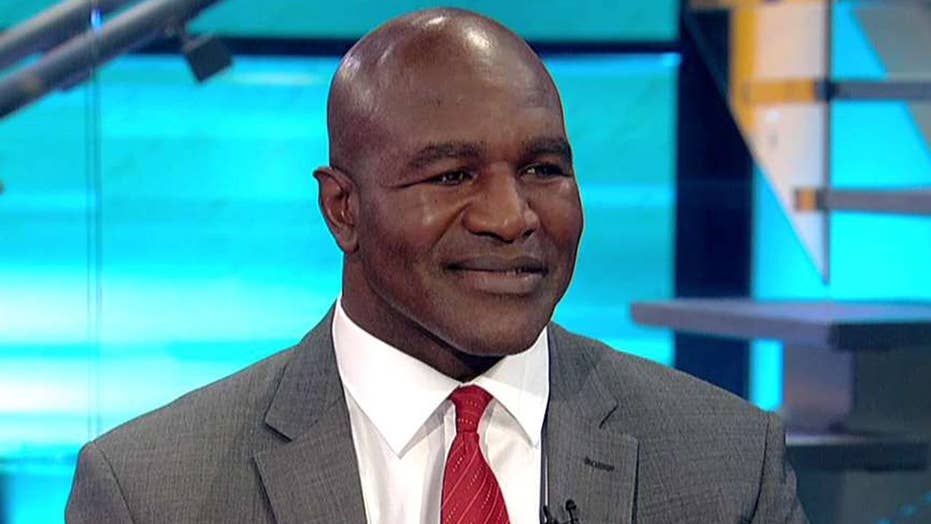 Evander Holyfield on joining the Boxing Hall of Fame

Boxing legend Evander “The Real Deal” Holyfield said Monday his induction this weekend into the International Boxing Hall of Fame was a special honor—and he has his mother to thank.

“It’s amazing to find you are the best,” he said during a "Fox & Friends" interview. “I remember a time I wanted to be the best but I didn’t know what the best was.”

Holyfield, 54, said he wanted to quit boxing when he was 11 but his mom Annie wouldn’t let him.

He was ready to toss in the towel after losing two fights to another boy, Cecil Collins.

“I said I’ll quit,” Holyfield said on the show. “My momma said, ‘I didn’t raise a quitter.’ You couldn’t quit.”

“I go back and he beat me again,” he said of Cecil. “I tried to quit quietly and my momma found out that. I lost again. (She) told me go back. And I won the third time.”

Holyfield's impressive career spanned more than three decades and included a bronze medal at the 1984 Summer Olympics, the undisputed cruiserweight and heavyweight championships and fights against Mike Tyson, Riddick Bowe and George Foreman.

The International Boxing Hall of Fame is in Canastota in upstate New York.

Holyfield was greeted with a standing ovation at Sunday's induction ceremony.