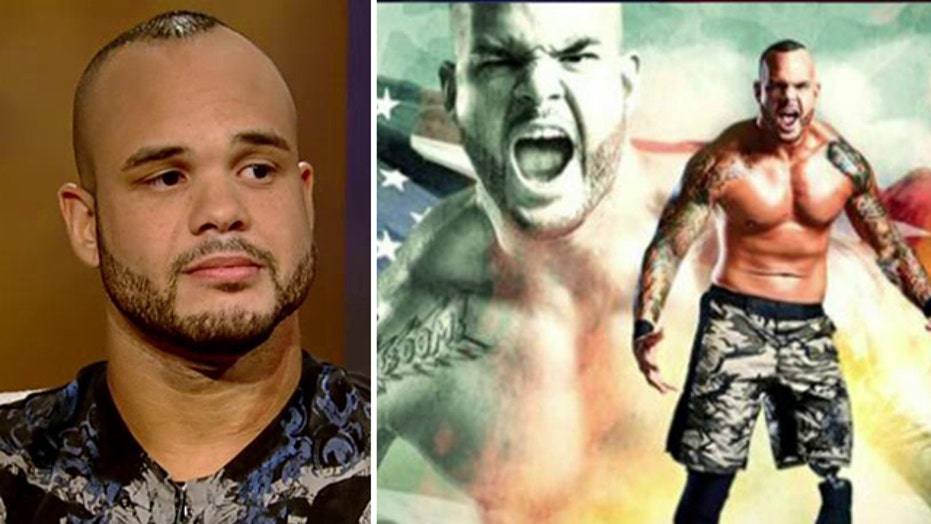 Chris Melendez remembers the days when he sat with his grandmother in their New York apartment to watch pro wrestling. His father was not invited – he didn’t like the sport – so it was usually just grandma and the boy.

“I was probably in diapers,” the 27-year-old told Fox News Latino.

He liked watching it so much he did not do wrestling in high school because it would have taken him away from the TV, he explains.

But the day came when he wanted to be there.

Wrestling was not Melendez’s only dream: he wanted to serve in the military, like his father.

So at the age of 17 – just after terrorist attacks of September 11 – Melendez enlisted in the Army and went to serve in Iraq.

“I liked the idea of being part of something that is bigger than me,” he said. And then tragedy struck the former infantry gunner, just 23 days shy of finishing his first and only tour.

Melendez and his squad were doing a routine patrol in Sadr City when they came across a roadside bomb.

“I didn’t know I hurt at the time. We were used to IEDs [improvised explosive device] so I padded myself down and said I was fine, but it was not long until I noticed that I was not fine,” he recalled.

Melendez returned stateside and received medical attention at Brooke Army Medical Center in San Antonio, Texas. His jaw needed to be rebuilt, his tendons in his left arm replaced and ultimately, his left leg amputated above the knee.

“It was an adjustment – I was there in the battlefield and then I woke up in civilization,” he told FNL. “I just felt guilty that I was injured. I wanted to be back there and finish my tour.”

Melendez left the military in 2007 and was awarded a Purple Heart. Throughout his recovery, he joined the Wounded Warrior Project, which he said helped him get back on his feet and inspired him to follow his childhood dream of becoming a pro wrestler.

In 2012, Melendez met wrestler Bully Ray, who invited him to move to Florida to train at Team 3D Academy of Professional Wrestling, in Kissimmee.

His persistence paid off. On Aug. 5, Melendez lived out his dream and made his debut with TNA Impact Wrestling right in his hometown, at the Manhattan Center. The match will air near Sept. 11 on Spike TV.

“It was amazing – I still have goose bumps,” Melendez said. “It was the most amazing experience of my life. The fans were really behind me.”

Although Melendez uses a prosthetic on a daily basis, while performing he does not. He said it can become a hindrance and without it he can surprise his opponents and move faster – something that shocked many other wrestlers.

Melendez, who recently welcomed his first son, said the journey since he returned stateside from his deployment has been amazing. He said he feels like everything has come full circle.

“There have been some rocky roads, but I didn’t let them stop me. I used them as stepping stones,” he said. “I just hope that I can be an inspiration.”

If his grandmother were alive, Melendez said she would have probably been extremely proud and would have not kicked out his dad to watch wrestling.

“She would have probably tied him down and forced him to watch because his son was doing it,” he said with a laugh. “She was a hard-nosed traditional New Yorker. I think that I get a little bit of that from her.”