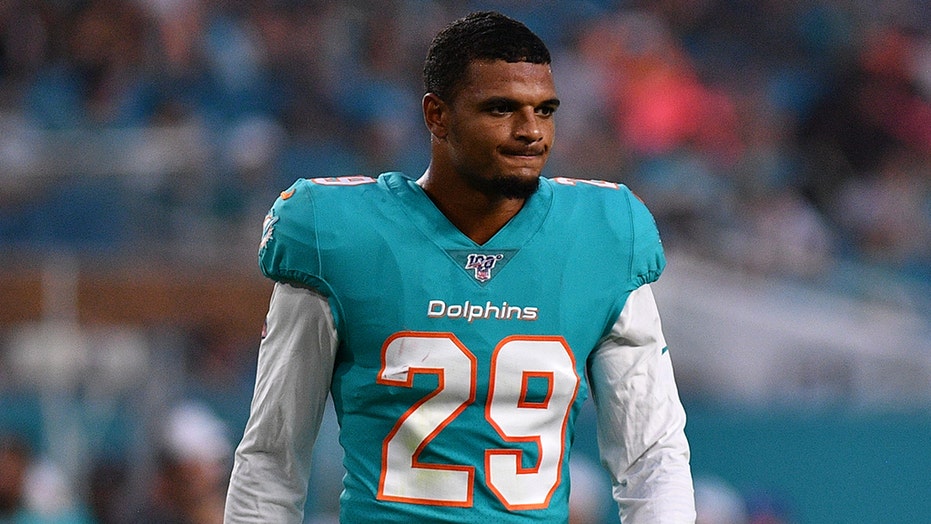 The mother of Miami Dolphins cornerback Minkah Fitzpatrick took exception to a report that her son was not playing well during practice — pointing out that he wasn't a strong safety, a position he was filling in for while other players were out.

Fitzpatrick played cornerback and free safety during his rookie season in Miami, but has been used as a strong safety by new coach Brian Flores while other players are dealing with injuries.

Fitzpatrick’s mother, Melissa, made it clear that her son was playing out of position.

“No you would never want to do that maybe it’s because he is not a ss and is being used to suit other people skill set not his own . But you know let’s just keep ripping him because we know it breaks your heart to do that,” she tweeted at Sun-Sentinel reporter Omar Kelly.

Fitzpatrick was later asked about his mother’s opinion.

“It is what it is,” he told the Miami Herald. “She's being honest and saying how she feels. There's nothing wrong with it. I wish she would have addressed me first and talked to me first before it happens, but it is what it is. She feels very strongly. She's not wrong. Coach has asked me do something right now. I got to do what they ask me to do. If we have to have some discussions in the future, we'll have those discussions."

Fitzpatrick played in all 16 games for Miami last season. He recorded 80 total tackles and two interceptions. Fitzpatrick appears likely to return to his primary position once Reshad Jones and T.J. McDonald come back from their injuries.