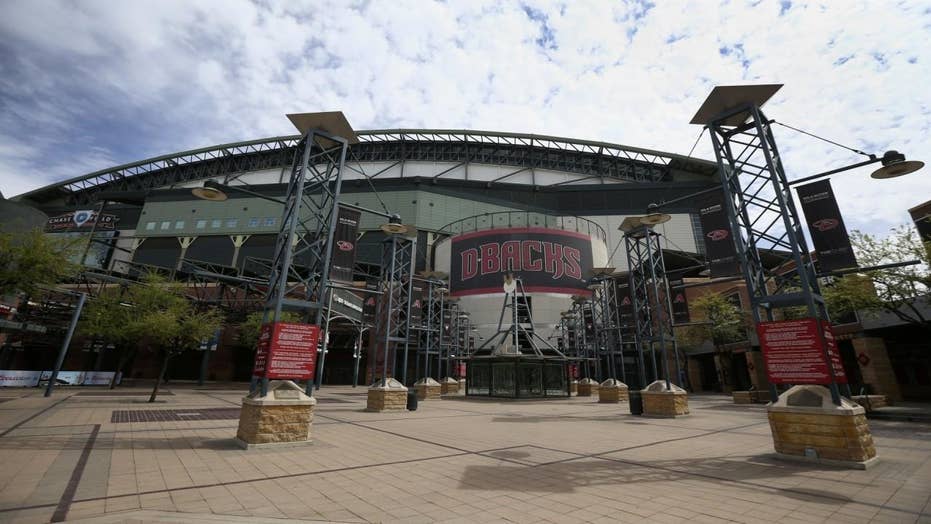 MLB Commissioner Rob Manfred discusses how coronavirus has impacted the league as a business and a pastime.

Los Angeles Dodgers star Clayton Kershaw became another one of the growing voices who have expressed their concerns about MLB’s reported plan to play games solely in Arizona.

Kershaw told the Los Angeles Times on Sunday he doesn’t see the plan of playing at spring training ballparks as feasible. That plan was listed in an ESPN report, but MLB stated there were other ideas on the table for getting the 2020 season started.

"Playing in spring training stadiums and quarantining for months without your family and certain things like that, I don't think that's doable if you're talking about doing it for four to five months," he continued. "You just lose the product on the field because guys aren't in their natural element. We're all ready to take drastic measures to make this season happen, but there's also certain things that will affect the product on the field, and that's what you have to be careful about.”

Los Angeles Angels outfielder Mike Trout said last week there were “a lot of red flags” when it came to the possibility of hunkering down and playing in Arizona.

“We want to get back as soon as we can, but obviously it’s got to be realistic. It can’t be sitting in our hotel rooms, just going from the field to the hotel room and not being able to do anything. I think that’s pretty crazy,” he told NBC Sports.

MLB Commissioner Rob Manfred said on Fox Business’ “Mornings with Maria”  the league's ideas were designed to address any possible obstacles that could occur when the league gets the OK to play again.

“We have a variety of contingency plans that we have talked about and worked on," he said. "Plans may be too strong a word. Ideas … maybe a better word. All of them are designed to address limitations that may exist when businesses restart – travel limitations, limitations on mass gatherings that may still exist. We thought about ways to try and make baseball available to all the fans across the United States in the face of those restrictions."

“So from our perspective we don’t have a plan, we have lots of ideas," Manfred continued. "What ideas come to fruition will depend on what the restrictions are, what the public health situation is. But we are intent on the idea of trying to make baseball part of the recovery – the economic recovery – and sort of a milestone on the return of normalcy.”