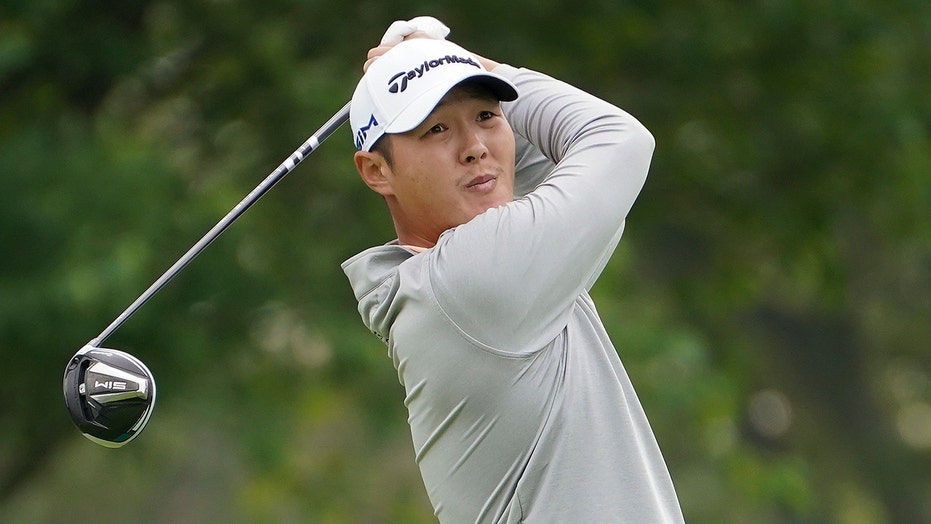 Danny Lee withdrew from the U.S. Open on Saturday after a rough display on the 18th hole.

Lee completed an 8-over-78 at Winged Foot in New York but decided after the third round of the tournament that he couldn’t go any further.

The 30-year-old pro golfer quintuple-bogeyed the 18th hole after missing a putt that would have saved par. He was 4 feet away from the cup when he hooked the shot left.

He tried to recollect himself and tried the putt again – and again he pulled the putt to the left.

PHIL MICKELSON DISGUSTED WITH FIRST-ROUND PERFORMANCE AT US OPEN: 'I'M SO SICK OF THIS'

Lee lost his cool and missed a handful more times. The frustration was sensed as fans watched the meltdown on live television.

It was a bit of a surprise that he withdrew from the tournament after the display.

At the top of the leaderboard, Matthew Wolff controlled the lead after the third round and is looking to become the youngest winner at 21 years old since Bobby Jones in 1923.

He posted five birdies with no bogeys to shoot a 30 on the front nine. Patrick Reed, who was the leader going into the third day, traded birdies and bogeys early in his round but fell off. Bryson DeChambeau was in second place at the end of the day.