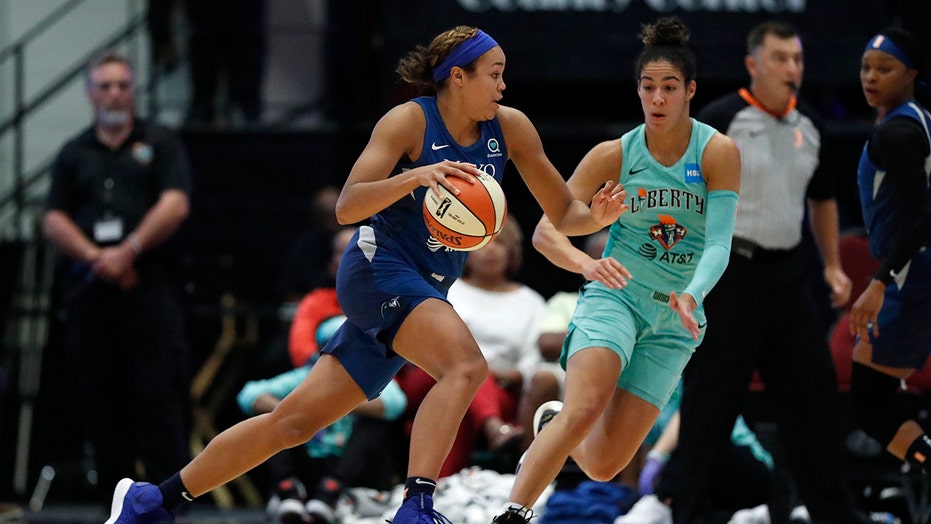 Napheesa Collier wanted to make her mark as a rookie for the Minnesota Lynx. With nine games left in the regular season, she's done just that, putting herself on the short list of candidates for the WNBA Rookie of the Year award.

"It was a goal of mine coming in," Collier said of winning the award. "Something I wanted to strive for coming into the league. It's something I think about in that sense, but not during the game. I'm just trying to do whatever I can to help this team win."

Collier has made an impact on the court, averaging 11.8 points, 6.4 rebounds and 2.4 assists. The sixth pick in the draft has done that while adjusting from the position she's played in the pros from that which she excelled in college.

"She came in and had to move from a four to a three and that's hard in itself," Lynx center Sylvia Fowles said. "Just changing her whole identity, that's a big step for her. She rolled up and accepted the challenges. I've seen some good rookies, and there are some good rookies out there this year, but no one is doing what she's doing on both ends of the court. By far, she's the Rookie of the Year in my eyes."

If she does win the award, she'd match Betty Lenox (2000) and Temeka Johnson (2005) as the lowest player drafted to win it. Rookie of the Year usually goes to the No. 1 pick in the draft as they've won it nine of the last 11 years.

This year the favorites for Rookie of the Year with a month left are Collier, Dallas' Arike Ogunbowale and Indiana's Teaira McCowan. All three came into good situations. Ogunbowale is leading rookies in scoring, averaging 16.1 points, which is seventh-best in the league. McCowan is seventh in rebounding. Both have been getting plenty of minutes.

With four of the starters from last year's team either retired, sitting out or injured, it was easy for Collier to step into the Lynx's starting lineup. She had 27 points in her debut — the second-most by a rookie in her first game. That was the most by a rookie this year, until Ogunbowale scored 35 on Wednesday.

Collier also has had four games in which she had at least 10 points, five assists and five rebounds, tying her for fifth in league history for a first-year player. She was the lone rookie to make the All-Star Game this year.

"Napheesa has impacted the game in so many ways, and there has not been a rookie who has played better than her," Minnesota coach Cheryl Reeve said.

While her offense has been impressive, Collier is more pleased with her effort on the defense.

"I think it's a big thing for me. My last couple years in college, it was something I tried to put an emphasis on," she said. "My first year, it's what I got in trouble for the most. Defense is great because it gets your offense going."