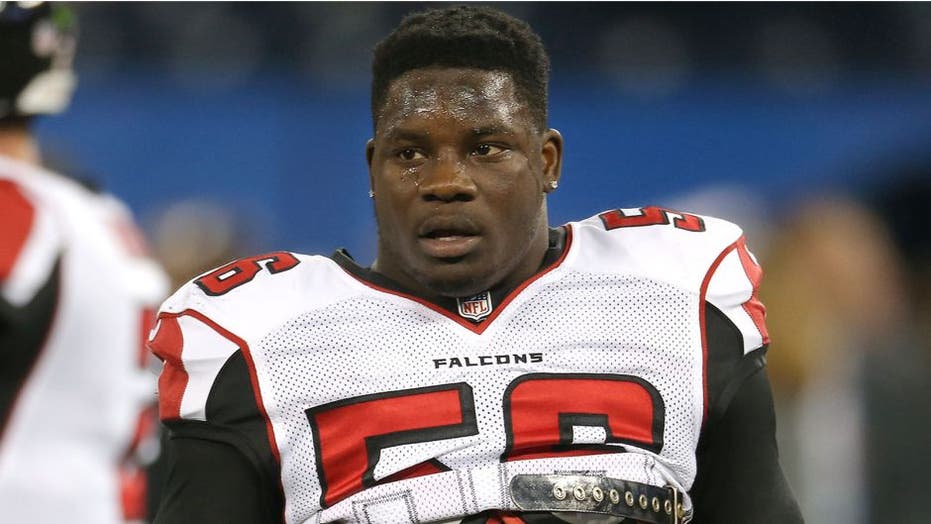 A former first-round draft pick is asking the NFL when he is going to get his own workout after the league announced a workout for Colin Kaepernick set for Saturday in Atlanta.

Sean Weatherspoon, who has not played since the 2017 season, was a supporter of Kaepernick’s decision to kneel during the national anthem in 2016 to bring attention to perceived racial injustices across the U.S. But Weatherspoon tweeted he has felt excluded from the league.

“Colin Kaepernick isn’t the only player that deserves a workout,” Weatherspoon tweeted. “I publicly supported him and what he kneeled for! I still stand on my word! I’ve never even been cut from a team! I’ve definitely been excluded going on damn near 3 years. I’m in Atlanta too @nfl.”

Weatherspoon tweeted a link to a 2016 ESPN story in which he explained why he supported Kaepernick’s decision to kneel during the anthem.

He said he felt like he was viewed differently since he spoke out. He added that he knows what he can bring to the table as a football player.

Weatherspoon spent seven years with the Atlanta Falcons and one year with the Arizona Cardinals. He only played six games between 2016 and 2017 and played a full season once – in 2011.

The Falcons selected Weatherspoon with the 19th pick of the 2010 NFL Draft. He has eight career sacks and 339 total tackles in 67 career games.

He expressed his hope to return to the team following the 2017 season but became a free agent in March 2018.