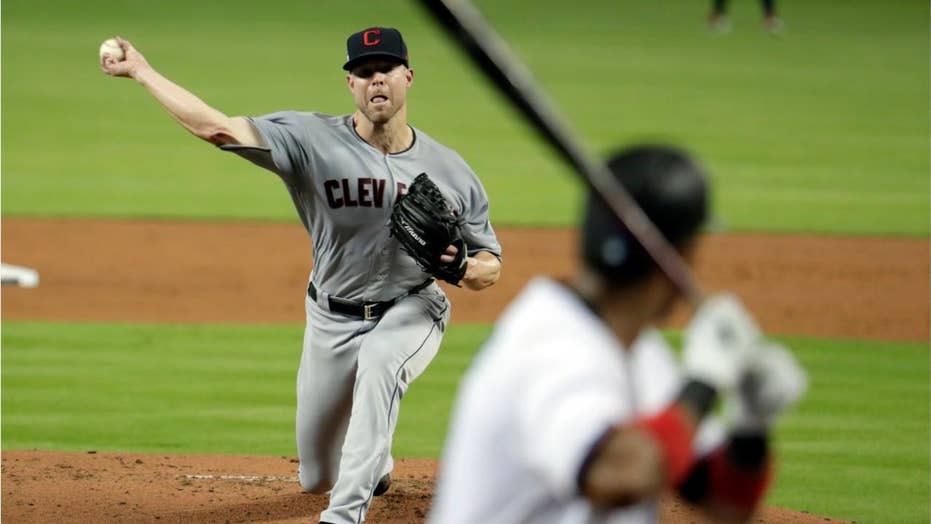 Corey Kluber’s season has likely been cut short after a line drive from Miami Marlins’ Brian Anderson strikes him in his pitching arm.

The Cleveland Indians ace was struck by Miami Marlins’ Brian Anderson’s liner in the fifth inning. Despite being hit, Kluber ran to the ball and attempted to swipe it with his glove to first base. Anderson was called safe. The 33-year-old starting pitcher was then seen walking back to the mound in obvious pain.

According to Statcast, the ball had an exit velocity of 102.2 mph.

Kluber will be re-evaluated in Cleveland when the team can determine how long the pitcher might be out. The Indians said the fracture was non-displaced, meaning the bone was still properly aligned.

"It stinks, you know?" teammate Roberto Perez said. "He's our ace. We're going to miss him."

The Cleveland catcher called the injury “tough” to watch.

"It happened so quick, I couldn't tell where he got hit," Perez described. "I saw him holding his arm. It was tough."

The Cleveland Indians are also without starter Mike Clevinger, who will be sidelined at least until June with a back injury.

The Indians fell to the Marlins Wednesday 4-2.

Kluber, who has struggled to begin the season, has an ERA of 5.80 and a record of 2-3. He was handed the loss following Wednesday's game.