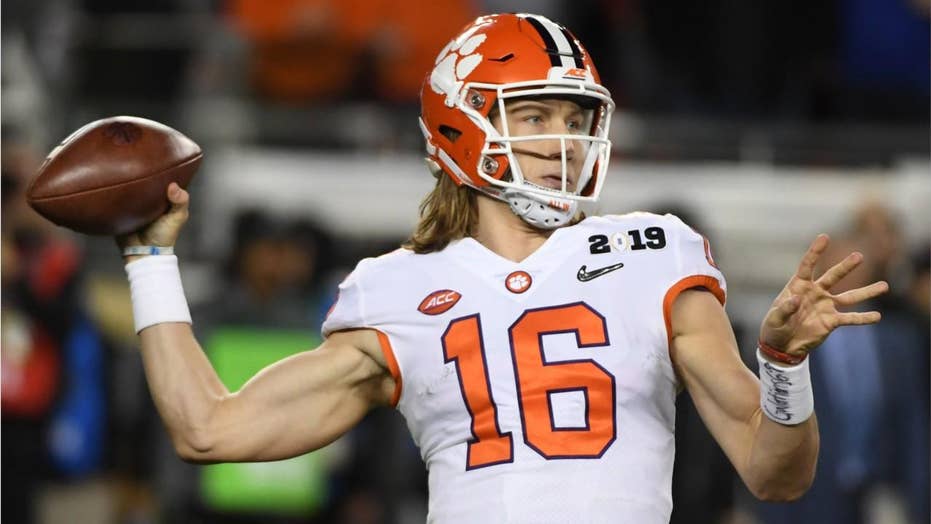 In the fourth consecutive playoff meeting between the Tigers and Tide, Clemson evened the series and beat 'Bama for the national championship for the second time in three seasons.

Coach Nick Saban and the Tide (14-1) were looking for their sixth national championship in 10 years. Clemson instead, crushed Alabama, becoming the first opponent to beat the Tide by more than 14 points since Saban became coach in 2007.

Coach Dabo Swinney's Tigers sealed their status as a superpower, no longer just 1A to Alabama's 1.

Clemson's new star quarterback didn't need the late-game heroics. The long-haired Lawrence cut through Alabama's defense with the help of another formidable freshman,  Justyn Ross, who made a juggling grab, a one-handed snare and broke a 74-yard touchdown about midway through the third quarter that made it 37-16.

Ross, who scored two touchdowns in the semifinal rout of Notre Dame, had six catches for 153 yards against his home-state team.

Alabama's Tua Tagovailoa threw two interceptions in the first half, the first returned 44 yards for a touchdown by A.J. Terrell to put Clemson up 7-0. The Tide came in scoring 48 points per game, but was shut out over the final 44 minutes by a Clemson defense that stiffened in key spots.

Tagovailoa, the sophomore who came off the bench to win the championship game last year for the Tide, went 22 for 34 for 295 yards and two touchdowns.

The Heisman runner-up was also the second-best quarterback on the field in the championship game. Lawrence finished 20 for 32, but went 18 for 25 for 277 yards over the final three quarters.