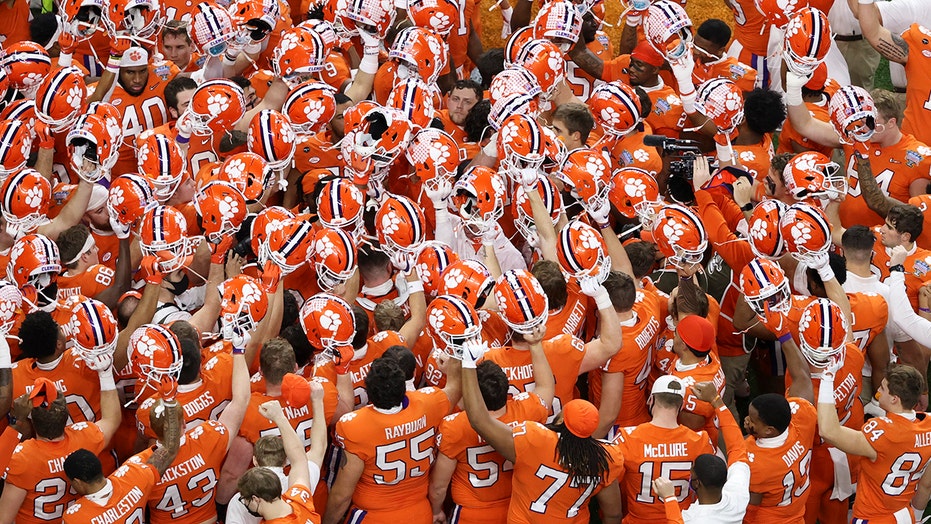 Fred Davis II, a Clemson football player, was arrested on Sunday after he drove 60 mph over the speed limit and crashed into a mail carrier on July 21 in South Carolina, according to police.

Officials said that Davis II was driving 115 mph in a 55 mph zone before he crashed his 2021 Dodge Charger into the back of a U.S. mail carrier truck, TMZ Sports reported. Officials stated that the driver of the truck was injured in the accident and "will require several months or longer for recovery."

Davis II, however, wasn’t injured in the accident. He turned himself in to authorities on Sunday and was charged with reckless driving. He was booked into the Clemson City Jail and was later released following a bond hearing, per TMZ.

A spokesperson for Clemson football released a statement regarding the incident.

"Grounds for internal discipline for misdemeanor charges like this are covered under the terms of the Clemson Student-Athlete Handbook, which says that the head coach can recommend a course of action, and upon concurrence of the designated CUAD administrator, administer sanctions," the spokesperson said.

As a true freshman last year, Davis played in 11 games for Clemson. Prior to his arrest, he was expected to have a large role on the team this upcoming season.