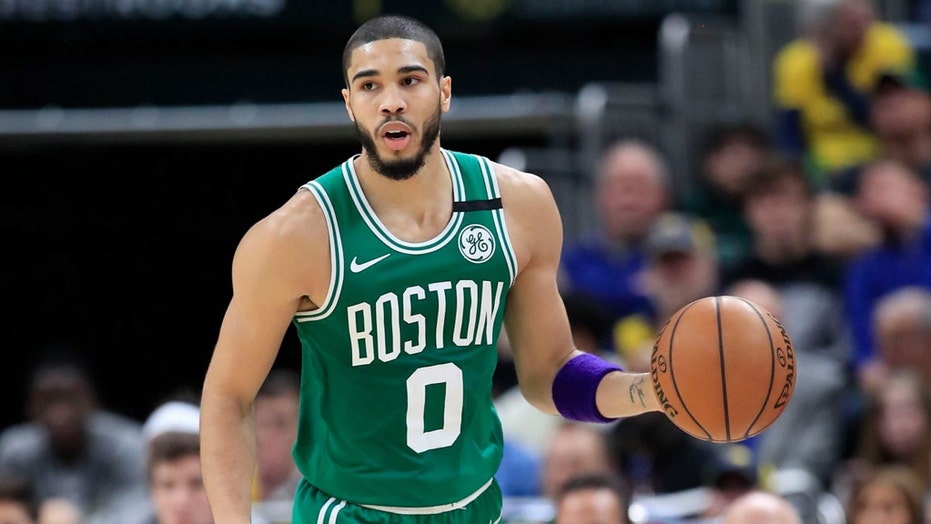 Boston Celtics star Jayson Tatum recalled growing up with his father on Sunday.

Tatum, who grew up in Missouri, recalled his father being hard on him as he coached him in basketball in an interview with KSDK-TV.

“He was like the meanest person ever when I was growing up,” he said of his father Justin. “If I messed up, he was harder on me than he was the other kids. I used to cry every day, I used to basically almost quit basketball every day because of him.

Tatum said that it was those tough lessons helped him get to where he is today.

“He saw the potential in me before I saw it in myself, so having him be that tough on me in basketball really, you know, made me tougher on and off the court,” he wrote.

Justin Tatum added that he knew that if his son could get through the obstacles he set for his son then he could do almost anything.

“He got a good look at the overall culture of St. Louis,” Tatum’s father said. “We didn't want to shelter him from anything that was real.”

Jayson Tatum also shared a letter he wrote to his 2-year-old son, Deuce.

“I was asked to write you a letter for Father's Day, it is much tougher than I expected. You're just barely over 2 and there is so much I want to share with you but I'll keep it short. You have changed my life for the better and have shaped me into a better man as I hope to do the same with you as you grow older.

“I love you more than life itself, I can't wait to see you grow into the leader you were destined to be and create positive change in this world in your own way. And as you maneuver through it all know that I will always be there to guide you, encourage you, support you and know that you are never alone because I will ALWAYS have your back. That's all for now, love you son!”