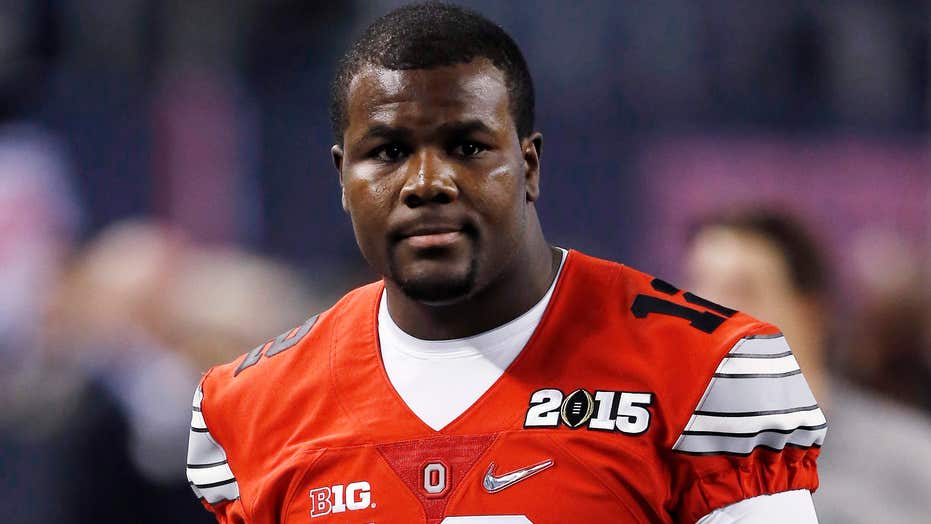 Cardale Jones, who won a college football national championship with Ohio State, was among the quarterbacks assigned to the eight teams of the rebooted XFL on Tuesday.

Jones will be throwing passes for the D.C. Defenders. He had failed to latch on with an NFL team during the season though he was on the Seattle Seahawks’ practice squad for a brief period in September. He previously played for the Los Angeles Chargers and Buffalo Bills but never became a full-time starter.

The XFL announced the assignments in conjunction with its player draft. Landry Jones will lead the Dallas Renegades, Phillip Walker was assigned to the Houston Roughnecks, Luis Perez will quarterback the Los Angeles Wildcats, and Matt McGloin is heading to the New York Guardians. Meanwhile, Jordan Ta’amu will throw passes for the St. Louis Battlehawks, Brandon Silvers is a member of the Seattle Dragons and Aaron Murray heads up the Tampa Bay Vipers.

The assignments were made as XFL teams pick skill position players in the first phase of the draft.

XFL quarterbacks are reportedly set to receive a higher salary, but the financials weren’t immediately known.