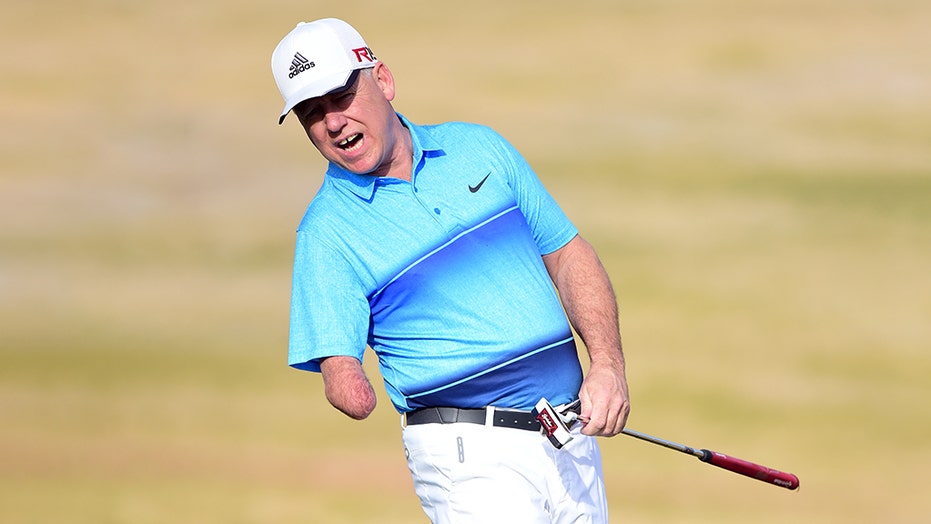 A one-armed amateur golfer stunned onlookers during the PGA Tour’s pro-am event in California this week when he made a 151-yard hole-in-one in the competition’s opening round.

Laurent Hurtubise, a Canadian golfer who was born without the majority of his right arm, teed off from the fourth hole at the PGA West Stadium Course in La Quinta on Thursday to make the incredible shot.

The PGA shared a video of the celebrated moment on Twitter, calling it “inspirational.”

Hurtubise’s partner, Troy Merritt, a three-time PGA Tour winner himself, told PGATour.com it was “the coolest experience I’ve had on the golf course.”

Greg Chalmers, another PGA winner and golfer in Hurtubise’s group, commended the fellow lefty on the shot.

“He hit the shot and it was a nice little cut for a leftie. Right away we sort of said 'sit down' but it was one of those shots where you always thought, hang on – this could go in here,” he told PGATour.com

“It landed around the front of the green and we were all watching it closely as it tracked toward the hole and then bang, it disappeared. We all went up in celebration and Laurent went ballistic and maybe let out a few choice words, but who could blame him? It was an incredible shot.”

Hurtubise grew up in Montreal, where he was involved in a number of sports before taking on golf at age 11. He has played in The American Express event before, making a 60-yard hole-in-one in 2018.