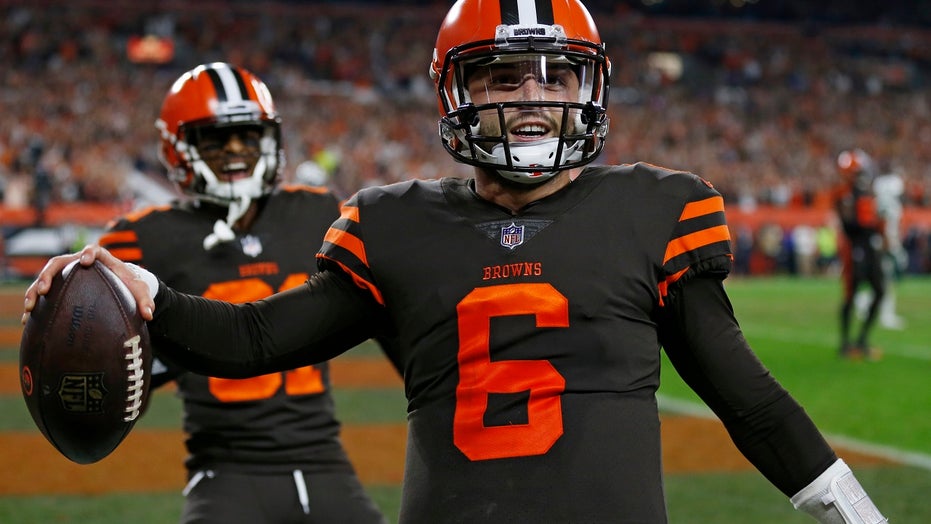 Cleveland Browns quarterback Baker Mayfield is mostly known for his high intensity on the field but on Thursday he penned a heartfelt letter to his mom for Mother’s Day.

Mayfield read the letter aloud on ESPN and left his mother, Gina, in tears. The former Heisman Trophy winner didn’t realize his mother was behind a door when he was reading in front of the camera.

“Words do not begin to describe how thankful I am to call you my mother,” the budding young star said. “There’s no handbook on parenting, but if there was, you would be the author.”

Mayfield added: "You have never stopped believing in me always pushing me to do more and then always having the big picture mindset to push through adversity.”

Mayfield also touched on the rough times, including a 2014 car accident on the way to a college visit in Oklahoma.

“There’s a lot more that I could say on this letter, but I love you, and I’m thankful for you,” he said.

“Absolutely everything was not going our way, between the car wreck, the rental car and the awful weather. Looking back on it, you never flinched. You were going to make sure your son was going to get to where he wanted to go to school.”

His mother told ESPN it was “very special” to hear her son say the nice things about her.