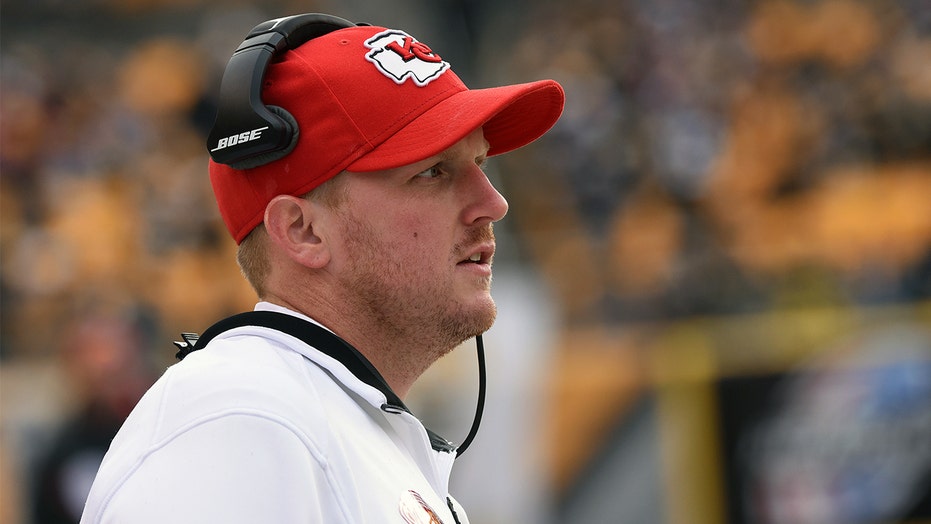 Britt Reid, the son of Kansas City Chiefs coach Andy Reid and the team’s outside linebackers coach, was involved in a car crash Thursday that reportedly resulted in serious injuries.

The Chiefs confirmed Friday that Britt Reid was in a crash and said the organization was "in the process of gathering more information" and would have no further comment on the issue.

Reid, 35, was under investigation for driving impaired in Kansas City, Mo. after police say he was involved in a multi-car crash near Arrowhead Stadium, FOX4 KC reported. The station obtained police documents that match the details of the crash. The documents say that Reid told police he was driving a pickup truck involved in the crash and told an officer he had between two and three drinks and was on a prescription for Adderall. The station reported that no names were identified in the police report.

Police issued a full sobriety test and received a warrant to draw the man’s blood, according to the station. ESPN reported that Reid is not expected to travel to Tampa, Fla., for Super Bowl LV on Saturday.

Britt Reid is not expected to be at Super Bowl LV. (Photo by George Gojkovich/Getty Images) (Getty Images)

The crash took place near the southbound ramp of I-435, according to FOX4 KC. A driver in a Chevrolet Impala ran out of gas and on the ramp called for help, police said. The police report stated the hazard lights were flashing, but the car’s battery was starting to die when a family arrived in a Chevrolet Traverse and parked near them with their headlights on.

The station reported, citing the crash documents, that a white Dodge pickup truck was traveling south on the ramp to get to the interstate when the driver struck the Impala and hit the Traverse from behind.

The Impala driver was inside the car at the time of the crash and was not hurt and two adults in the Traverse were not hurt either, according to the station.

However, a 5-year-old was critically injured and a 4-year-old suffered non-life-threatening injuries.

It didn't appear Reid was injured in the crash.

Reid joined the Chiefs in 2013 as a defensive assistant and worked his way through the ranks to become the outside linebackers coach in 2019.