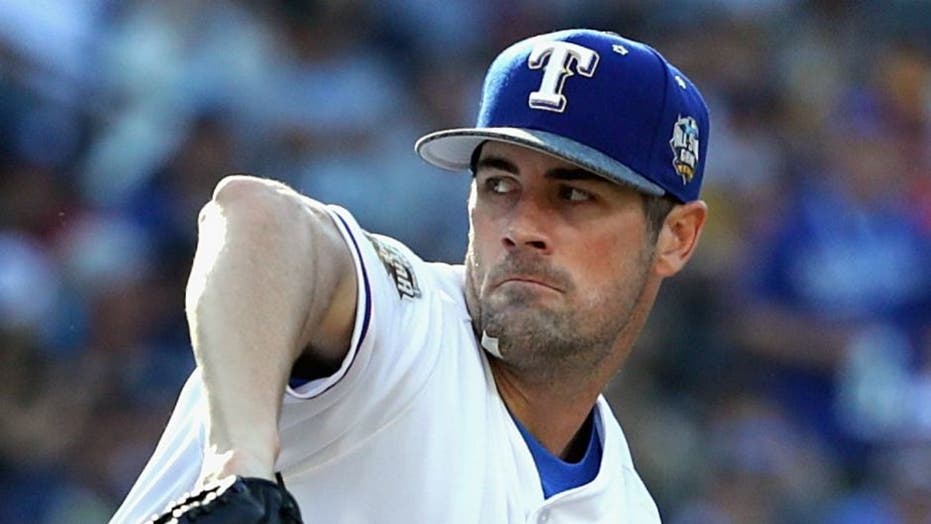 The left-handed pitcher’s deal with the Braves is worth $18 million, ESPN reported, citing sources.

The Braves have not officially announced the deal. The Athletic reported Hamels was taking his physical with the team.

The four-time All-Star spent the last season and a half with the Chicago Cubs. Chicago acquired Hamels in a trade with the Texas Rangers during the 2018 season. Chicago gave up two pitchers in the deal. He had previously signed a two-year, $23.9 million deal with the Rangers before that trade.

Hamels had a solid season with the Cubs in 2019. He recorded a 3.81 ERA with 143 strikeouts and a 9.1 K/9, but the 35-year-old is still a far cry from his dominant days with the Philadelphia Phillies.

The veteran joins a Braves team that got a breakout season from rookie Mike Soroka, who had a 2.68 ERA and 142 strikeouts in 29 starts and finished second in National League Rookie of the Year voting.

Atlanta also has Max Fried and Mike Foltynewicz set in their 2020 rotation.

The Braves have young stars all over the field and adding a veteran like Hamels could give them the leadership they need to help them get through to the National League Championship Series and beyond come next season.