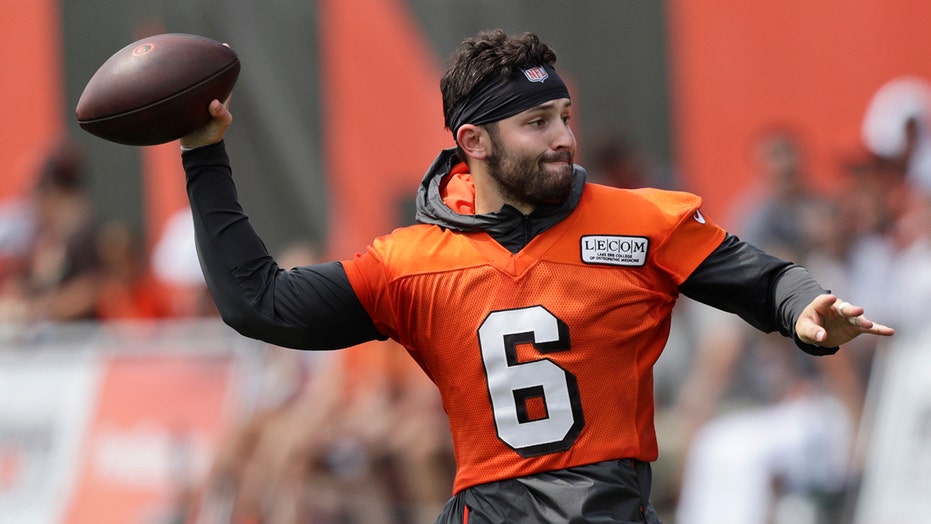 NFL players have spent the offseason showing off their beer-chugging abilities and on Saturday, it appeared that Cleveland Browns quarterback Baker Mayfield outshined everyone.

Mayfield was at the Cleveland Indians game when he was shown on the video board with his wife.

The second-year quarterback first started to sip a beer that he had before being tossed a fresh one. He then used his teeth to puncture a hole in the can and shot-gunned the rest of the beverage.

Mayfield was the latest NFL player to show off their beer-chugging abilities this offseason.

Aaron Rodgers failed at his attempt to chug one during the NBA playoffs at a Milwaukee Bucks game. His teammate David Bakhtiari was able to pour one straight down into his belly.

However, for now, it appears Mayfield is the leader in this competition.