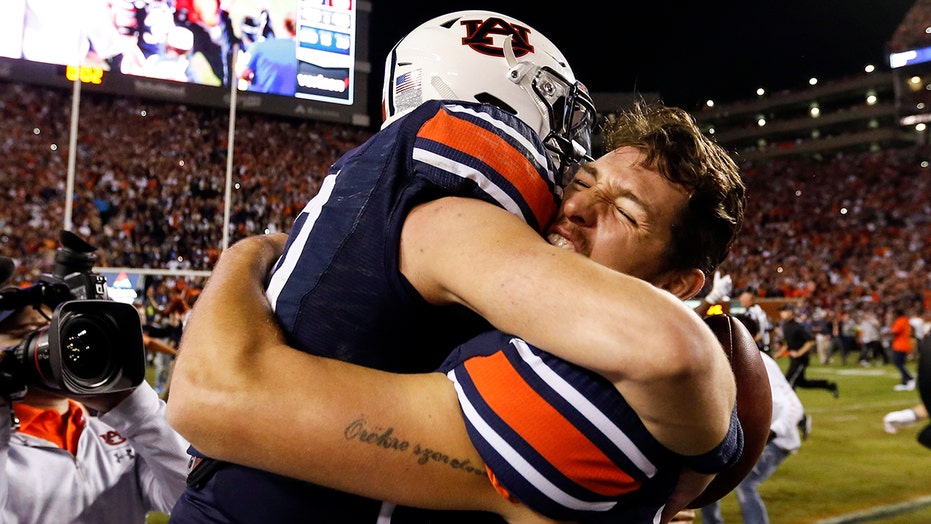 Auburn’s celebration after beating Alabama in the Iron Bowl carried all the way to Monday, but one dean may have been getting a little bit ahead of himself.

Joe Aistrup, the dean of the College of Liberal Arts at Auburn University, issued a statement on Twitter on Monday asking teachers to give their students one more second to work on their final exams. Aistrup was clearly referring to the one second Auburn got before halftime to convert a field goal.

“It is undeniable that when every second counts, Auburn men and women make great things happen,” the statement read. “Under coach [Gus] Malzahn’s leadership, student-athletes have twice proven the difference that :01 can make. In the spirit of continued success, I hereby authorize professors and instructors to add one second to the allotted times for next week’s final exam.”

Aistrup told AL.com that he wanted to have fun with the fact that the Tigers upset the Crimson Tide.

“The genesis of the whole idea is I have a couple of people who work for me, and we started talking about a way to have some fun with this,” he said. “It was a combination of us. We said it was a great opportunity to have some fun and connect a bunch of people together. And, to connect those two situations, which are critical.”

Aistrup was referring to the one second left on the clock during the Kick Six game in 2013 when an Auburn player returned an Alabama missed field goal attempt to the end zone for a game-winning touchdown.

He said that he cannot actually give the students one extra second but offered praise for them.

“Auburn students know what to do with their time,” he said. “They do make a big impact using all the time they are given. If I can give them an extra second on finals week to let them do just a little more, then I will do so.”