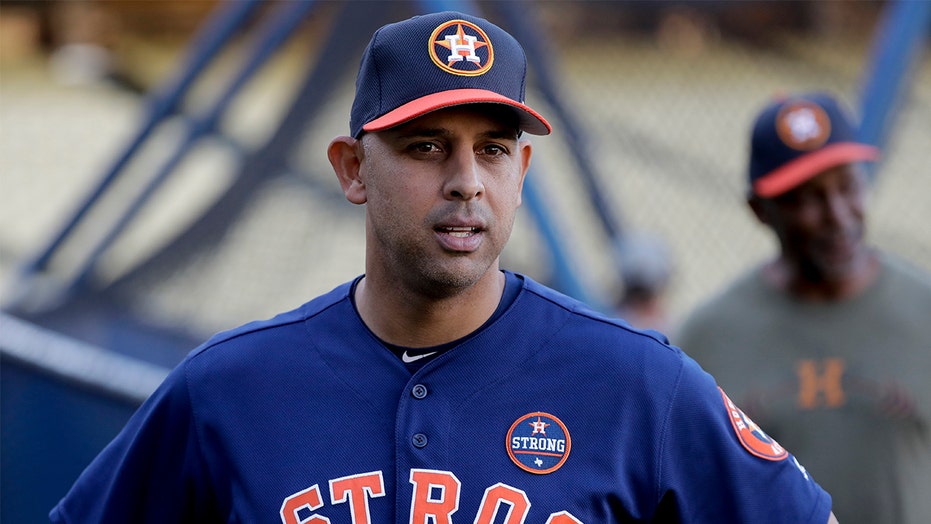 Alex Cora, the former Boston Red Sox manager and Houston Astros bench coach who was implicated in MLB’s sign-stealing investigation, opened up about the scandal for the first time Thursday.

Cora told ESPN he agreed that he deserved some punishment for the role he played in the Astros’ cheating, but said the scheme that was set up was more than a “two-man show.”

“There has been a narrative out there of what happened. Ever since mid-November until the commissioner announced the results of the Red Sox investigation, I have read many things that are true and many others that are not,” the 44-year-old told ESPN.

“Out of this whole process, if there is one thing that I completely reject and disagree with is people within the Astros' organization singling me out, particularly [former general manager] Jeff Luhnow, as if I were the sole mastermind. The commissioner's report sort of explained, in its own way, what happened. But the [Astros players] have spoken up and refuted any allegations that I was solely responsible.”

Cora said he was sure that the cheating scheme was more than a “two-man show.”

“We all did it. And let me be very clear that I am not denying my responsibility because we were all responsible,” he said.

Cora and Carlos Beltran were the only two people named in Commissioner Rob Manfred’s report on the investigation over the 2017 Astros. Cora was the team’s bench coach and Beltran was a designated hitter. Cora stepped down from his job with the Red Sox and received punishment for a separate scandal in Boston. Beltran left his brief managerial role with the New York Mets.

“Out of respect for the investigation, I decided to stay out of the spotlight. Talking about it wasn't going to change anything,” he said. “I deserve my suspension and I'm paying the price for my actions. And I am not proud of what happened. We made a mistake as a group, the entire [Astros] team. What happened was something that, if you ask anyone involved, no one is proud of it. We're all at fault. Everybody. We're all responsible. Everyone who was part of the team from around mid-May until the end of the season, we are all responsible.”

Cora is suspended through the MLB postseason. It’s unclear how long his suspension will be if MLB doesn’t have a season because of the coronavirus pandemic.