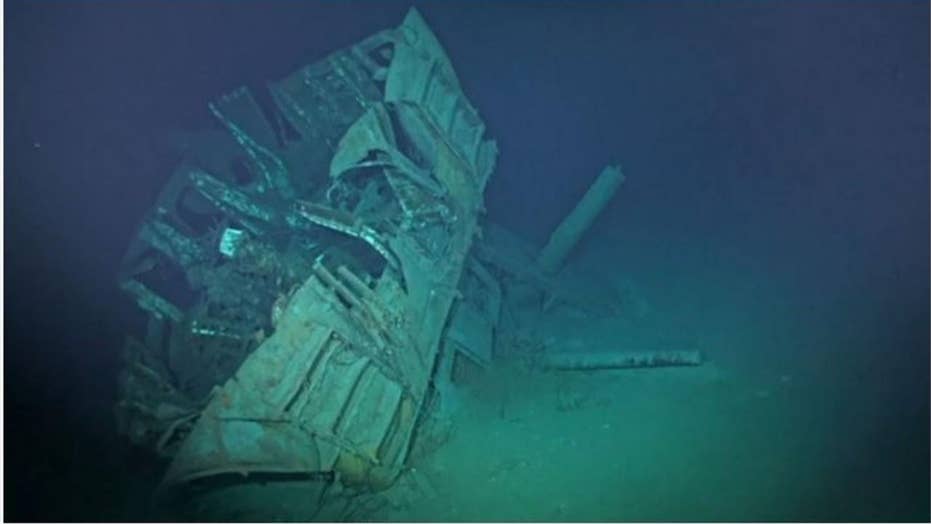 The wreck of a U.S. World War II destroyer has been found. A research team discovered the sunken ship over 20-thousand feet below the surface of the Philippine Sea. Experts believe it is the USS Johnston , which sank after a battle with Japanese military forces.

The deepest sunken shipwreck ever discovered has been found in the Philippine Sea, researchers announced Wednesday.

The wreck of the U.S. World War II destroyer was found resting at a depth of 20,406 feet by experts on the Research Vessel Petrel. Explorers used an undersea drone to locate the mysterious ship, which is believed to be the USS Johnston, a Fletcher-class destroyer sunk during the Battle off Samar, a key action in the Battle of Leyte Gulf in 1944. Eerie footage captured by the drone shows the mangled wreckage of the ship lying on the seabed.

Experts believe that the ship is more likely to be the USS Johnston than the USS Hoel, another destroyer that sank in the Battle off Samar.

The wreck of the U.S. World War II destroyer was found in the Philippine Sea. (Vulcan Inc.)

“We believe this wreck to be that of the USS Johnston DD-557,” said Robert Kraft, director of subsea operations for Vulcan, in a statement. “There is no evidence of the dazzle paint scheme, indicative of the USS Hoel and its location suggests this wreck sank later in the battle, after the loss of the Hoel.”

The USS Johnston sank on Oct. 25, 1944, after a fierce battle with Japanese forces, for which she was awarded the Presidential Unit Citation. Of the ship’s crew of 341, only 141 survived, according to the Naval History and Heritage Command.  “Of the 186 lost, about 50 were killed by enemy action, 45 died on rafts from battle injuries and 92, including [Commander Ernest] Evans, were alive in the water after Johnston sank, but were never heard from again,” explains the Naval History and Heritage Command, on its website.

The R/V Petrel exploration team hopes that the ship’s discovery will bring some sense of closure for the families of the sailors that lost their lives on the USS Johnston.

The ship is believed to be the USS Johnston, a Fletcher-class destroyer sunk during the Battle off Samar. (Vulcan Inc.)

RV Petrel is no stranger to shipwreck discoveries. Earlier this year, for example, experts from the research vessel discovered the wreck of World War II aircraft carrier USS Wasp in the Coral Sea more than 70 years after the ship was sunk during the Guadalcanal campaign.

Also in 2019, researchers aboard the RV Petrel discovered one of the first Japanese battleships to be sunk by U.S. forces during World War II. Imperial Japanese Navy ship Hiei sank on Nov. 14, 1942, in the Solomon Islands.

The shipwreck is the deepest ever discovered, researchers say. (Vulcan Inc.)

Fox News’ Bradford Betz and the Associated Press contributed to this article.