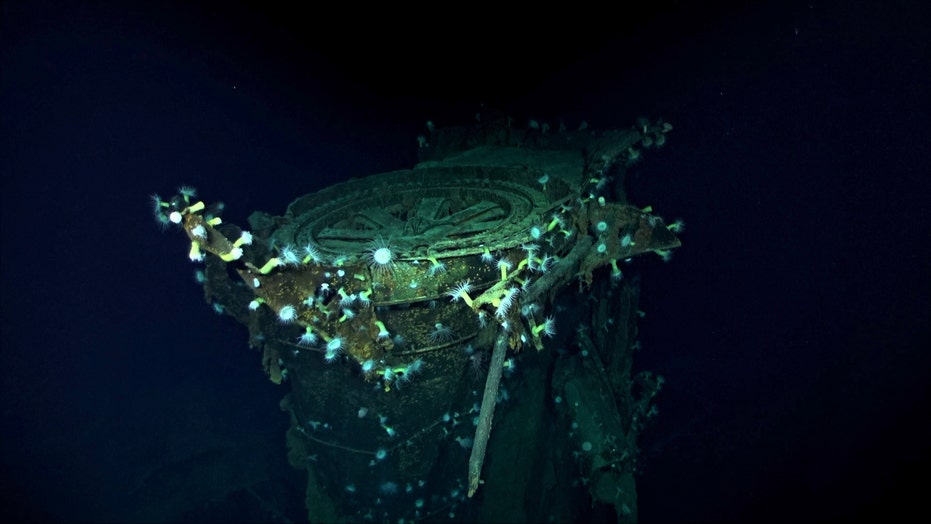 WWII veterans mark 75th anniversary of the Battle of Midway

Researchers have discovered the wreck of the Japanese aircraft carrier Kaga 77 years after it was sunk by U.S. forces during World War II's Battle of Midway.

Experts aboard the research vessel RV Petrel announced the discovery Friday. After surveying more than 500 square nautical miles, crewmembers identified the wreckage Wednesday at a depth of more than 17,000 feet in the Pacific.

RV Petrel is part of Vulcan Inc., a research organization set up by the late Microsoft co-founder Paul Allen.

“[The Battle of Midway] was a major carrier-to-carrier battle that left its eerie evidence strewn for thousands of miles across the ocean floor,” Robert Kraft, director of subsea operations for Vulcan, said in a statement. “With each piece of debris and each ship we discover and identify, our intent is to honor history and those who served and paid the ultimate sacrifice for their countries.”

Eerie images of the Kaga captured by an undersea drone show a starboard side gun, a 20 cm gun, a gun mount and a barbette, or gun emplacement.

A starboard side gun on the Kaga wreck. (Paul G. Allen’s Vulcan Inc.)

The Kaga is one of four Japanese aircraft carriers that took part in the Battle of Midway, June 4-7, 1942. All four of the carriers, along with the Japanese heavy cruiser Mikuma, were sunk in the battle, marking a pivotal victory for the U.S. Navy.

After the devastating attack on Pearl Harbor in December 1941, Japan hoped to deal another major blow to the U.S. Pacific Fleet at Midway. However, U.S. codebreakers were able to get details of the Japanese plan, and the Navy prepared its own ambush.

“The Battle of Midway was an American intelligence breakthrough,” Frank Thompson, curator at the Naval History and Heritage Command, said in the statement. “The team that deciphered the Japanese fleet codes enabled Pacific Fleet commander Nimitz to understand Japanese intentions and plan accordingly. This was a true turning point in the war for the U.S. Navy.”

A barbette, or gun emplacement, on the Kaga. (Paul G. Allen’s Vulcan Inc.)

The Petrel crew hopes to find and survey all the wreckage from the entire battle, an effort that could add new details about Midway to history books.

RV Petrel is no stranger to shipwreck discoveries. Earlier this year, for example, experts from the research vessel discovered the wreck of World War II aircraft carrier USS Wasp in the Coral Sea more than 70 years after the ship was sunk during the Guadalcanal campaign.

A gun mount on the wreck of the Kaga. (Paul G. Allen’s Vulcan Inc)

Also in 2019, researchers aboard the RV Petrel discovered one of the first Japanese battleships to be sunk by U.S. forces during World War II. Imperial Japanese Navy ship Hiei sank on Nov. 14, 1942, in the Solomon Islands.