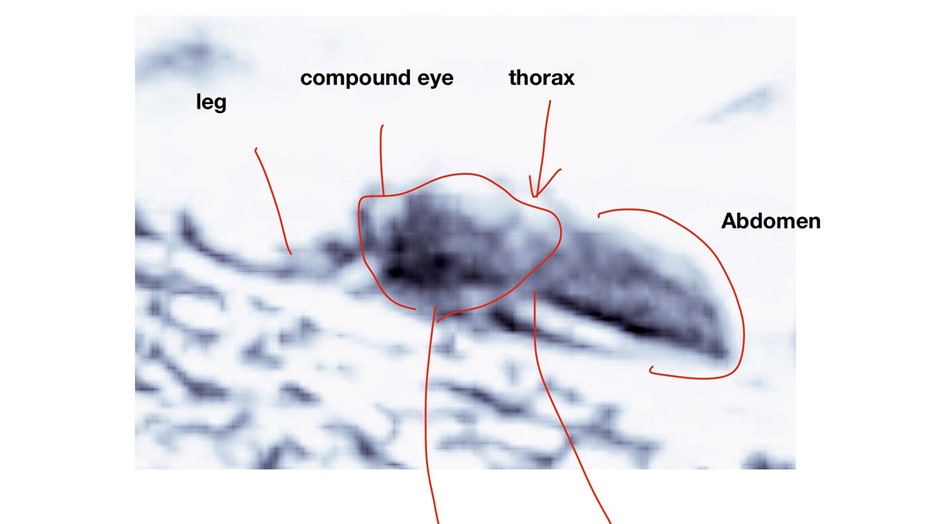 A former NASA scientist recently made the explosive claim that life was found on Mars in the 1970s, something the government space agency has vehemently denied. But an entomologist at Ohio University has gone one step further, claiming he has spotted "insect- and reptile-like creatures" on a photo of the Red Planet, both alive and dead.

Ohio University emeritus professor William Romoser has spent the past several years looking at a number of photos publicly available from various Mars rovers, including the Curiosity rover, and found a number of "insect-like forms, structured similarly to bees, as well as reptile-like forms," according to a release from the university.

“There has been and still is life on Mars,” Romoser, who specializes in arbovirology and general/medical entomology, said in the release. “There is apparent diversity among the Martian insect-like fauna which display many features similar to Terran insects that are interpreted as advanced groups — for example, the presence of wings, wing flexion, agile gliding/flight, and variously structured leg elements.”

Romoser specifically mentioned the Curiosity rover, which has been exploring the Gale Crater since landing on Mars in August 2012. Curiosity has made some incredible discoveries, including a surprising spike in the level of methane, oxygen behaving "in a way that so far scientists cannot explain," a mysterious, unexplained white light and many others.

Earlier this month, NASA posted a stunning black-and-white image to its Mars Exploration website that shed new light on just how empty the planet is.

Fox News has reached out to NASA for comment.

Romoser, who made the claim at the annual Entomological Society of America meeting, said that he looked for signs of body symmetry, body part segmentation, repeating form, skeletal remains and other clues that could be considered signs of life.

“Once a clear image of a given form was identified and described, it was useful in facilitating recognition of other less clear, but none-the-less valid, images of the same basic form,” Romoser added. “An exoskeleton and jointed appendages are sufficient to establish identification as an arthropod."

He continued: "Three body regions, a single pair of antennae, and six legs are traditionally sufficient to establish identification as ‘insect’ on Earth. These characteristics should likewise be valid to identify an organism on Mars as insect-like. On these bases, arthropodan, insect-like forms can be seen in the Mars rover photos.”

A "distinct flight behavior was evident in many images," according to Romoser's findings, with the "creatures" spotted loosely resembling, bumble or carpenter bees. He also said that other images show the "bees" appearing to live in caves, while other images "show a fossilized creature that resembles a snake."

The renowned entomologist did admit that interpretations of the images may change in the future, but the amount of evidence he has uncovered so far is compelling.

“The presence of higher metazoan organisms on Mars implies the presence of nutrient/energy sources and processes, food chains and webs, and water as elements functioning in a viable, if extreme, ecological setting sufficient to sustain life,” he continued, adding that he's found instances of standing water or moving water in some images.

“The evidence of life on Mars presented here provides a strong basis for many additional important biological as well as social and political questions,” Romoser added. "It also represents a solid justification for further study.”

NASA's upcoming Mars 2020 rover, slated to land Feb. 18, 2021, will look for signs of fossilized evidence of extraterrestrial beings when it explores the Jezero Crater.