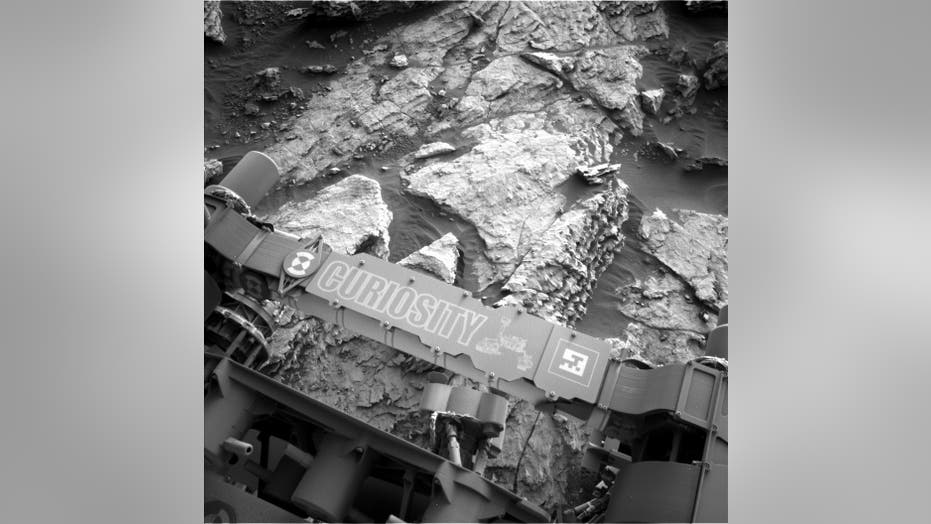 NASA's Mars Curiosity rover has posted a stunning black and white image of the Red Planet, shedding new light on just how empty it is.

Posted to NASA's Mars Exploration website, the photo was taken on Curiosity's 2,574th Martian day, as it continues to investigate the Central Butte, a rock structure on Mars and part of the Gale Crater, which is estimated to be between 3.5 billion and 3.8 billion years old.

"The rover is a little further up the side of the butte, and the goal is to characterize the different units that we can observe," NASA wrote on its website. "The Navcam image displayed above shows the workspace (the area right in front of the rover that the arm can reach) for our weekend plan."

One day prior, Curiosity approached the Central Butte and snapped an image that Fox 5 DC described as "eerie."

August 2019 marked Curiosity's seventh anniversary on the Red Planet. Since it landed on the Martian surface in 2012, it has made several remarkable discoveries, including finding "unusually high" levels of methane and a "shiny" object believed to be a meteorite.

In an Aug. 5 blog post, NASA said that Curiosity was still exploring the Gale Crater and uncovering the mysteries of the "clay-bearing unit," where it was using its tools to drill into the Martian soil.