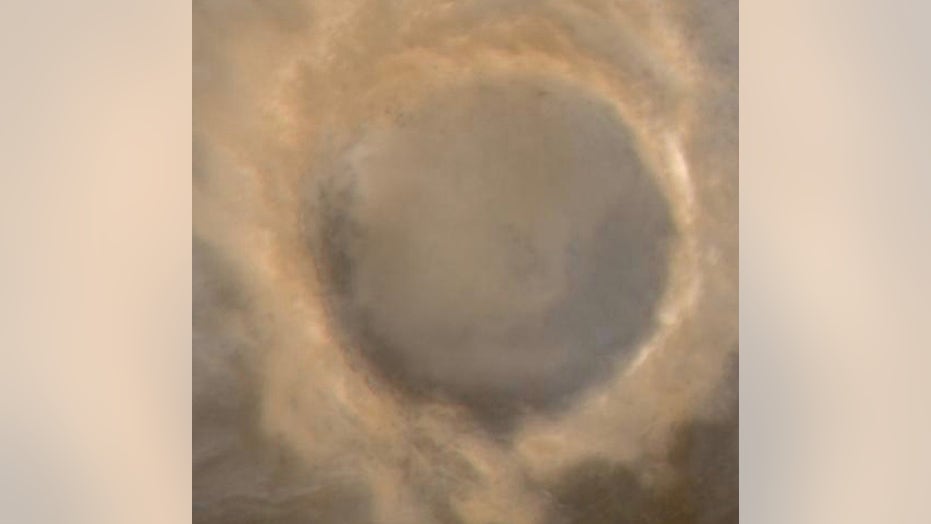 NASA has refuted the explosive claim from a former employee that the space agency "found evidence of life" on Mars in the 1970s.

"The collective general opinion of the large majority of the scientific community does not believe the results of the Viking experiments alone rise to the level of extraordinary evidence," NASA spokesman Allard Beutel said in an email to Fox News.

"One of NASA’s key goals is the search for life in the universe," Beutel continued. "Although we have yet to find signs of extraterrestrial life, NASA is exploring the solar system and beyond to help us answer fundamental questions, including whether we are alone in the universe. From studying water on Mars, probing promising 'oceans worlds,' such as Enceladus and Europa, to looking for biosignatures in the atmospheres of planets outside our solar system, NASA’s science missions are working together with a goal to find unmistakable signs of life beyond Earth.”

This artist’s impression shows how Mars may have looked about 4 billion years ago when almost half the planet’s northern hemisphere could have been covered by an ocean up to a mile (1.6 kilometers) deep in some places. (ESO/M. Kornmesser)

The steadfast denial comes just days after Gilbert Levin, who worked on the Viking missions to the Red Planet during the 1970s, published an op-ed that made it clear that he believes data from the Labeled Release (LR) in 1976 was supportive of finding life.

"Amazingly, they were positive. As the experiment progressed, a total of four positive results, supported by five varied controls, streamed down from the twin Viking spacecraft landed some 4,000 miles apart."

The LR, which was led by Levin, took samples of Martian soil that contained organic compounds and looked for carbon dioxide. Astonishingly, the results seemed to indicate that the carbon dioxide was "being regenerated, possibly by microorganisms as on Earth."

In the op-ed, Levin criticized the space agency for not following up on the LR findings, even if NASA concluded that it "found a substance mimicking life, but not life."

"Inexplicably, over the 43 years since Viking, none of NASA’s subsequent Mars landers has carried a life detection instrument to follow up on these exciting results," he continued. "Instead the agency launched a series of missions to Mars to determine whether there was ever a habitat suitable for life and, if so, eventually to bring samples to Earth for biological examination."

The recently published op-ed is not the first time the former NASA employee has suggested that life was found on Mars. In 1997, he concluded "that the LR had, indeed, discovered living microorganisms on the Red Planet," according to his website.

NASA has made subsequent visits to Mars, including the InSight lander, which landed in November 2018. The Curiosity rover, which has been on Mars since August 2012, recently detected a surprising spike in the level of methane, which can be produced biologically as well as geologically, that it has not yet been able to explain.