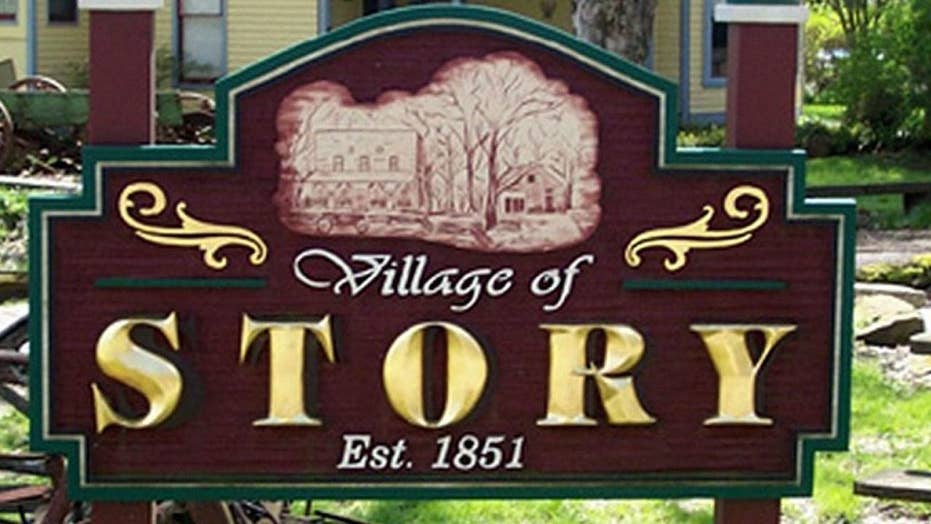 A tiny Indiana town with the population of 3 is selling for $3.8 million.

Though a sweet $3.8 million could buy you a mansion, a Manhattan apartment or a luxury yacht, it could also get you an entire 17.4-acre Indiana town with a population of three.

In recent days, the tiny town of Story has hit the market for just under $4 million, the Herald-Times reports. The land comes bundled with an old grain mill, general store, cabins for rent, two outhouses, various barns, fenced pastures for horses, wells and an orchard.

Just an hour drive south of Indianapolis, the listing page explains that even though Story may be geographically small, it has a mighty history.

Over 155 years ago, in 1851, President Millard Fillmore gave Dr. George P. Story a land grant, where a logging community was soon established — and went on to thrive with 175 residents at its peak, despite a ravaging fire in 1915, according to The New York Post.

Decades later, the Great Depression rocked the area and Story’s vibrancy was all but lost.

“The town’s fortunes should be decoupled from our hospitality operations,” Hofstetter later mused to the Herald-Times. “Macy’s doesn’t own the mall.” (Google Maps)

In 1999, Rick Hofstetter bought the town at a sheriff’s auction, and he has proudly owned it ever since, WANE-TV reports. He went on to run the successful Story Inn with Jacob and Kate Ebel, but now he acknowledges it is time to find the town a new owner.

“It needs the protection that it deserves. And that’s really what it is, it’s a transition,” the 62-year-old told the outlet.

Hofstetter added that he and the Ebels plan to continue to run the Story Inn. “The town’s fortunes should be decoupled from our hospitality operations,” Hofstetter later mused to the Herald-Times. “Macy’s doesn’t own the mall.”

The town of Story was recently accredited by the National Register of Historic Places. (Google Maps)

Furthermore, the antique-style town, which is surrounded by thousands of acres of forest and recently accredited by the National Register of Historic Places, reportedly has a ready-made tourist market, too.

Though the quest to find the right buyer for the old-timey site may be challenging in this digital age, Hofstetter says that it’s all part of its charm.

“There is at least one item which even Amazon is not offering these days at any price: Yes, the entire town of Story, Indiana,” he told the Herald-Times.