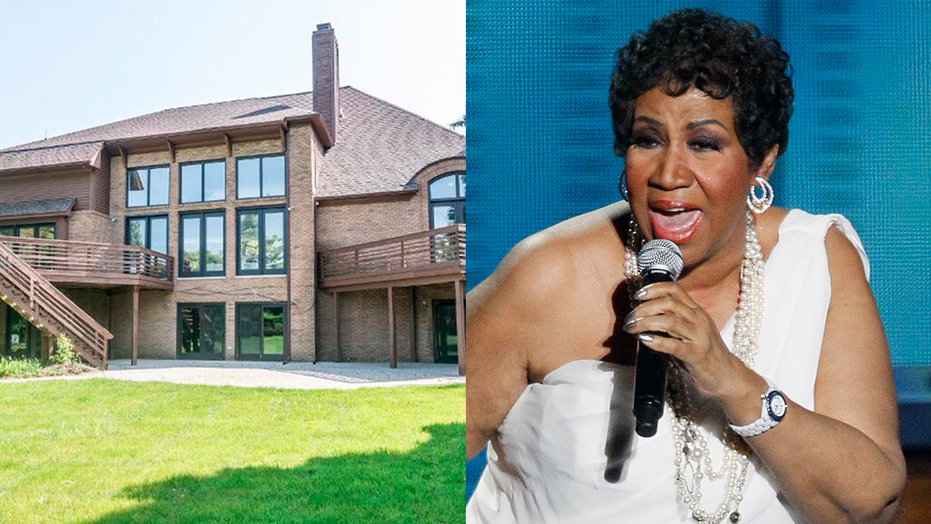 Luminaries pay their respects to the Queen of Soul Aretha Franklin; Laura Ingle reports from Detroit.

Aretha’s only request, most likely, would be that the new owners remember to give this house its propers when they come home.

A house formerly belonging to the late Aretha Franklin is once again for sale in Michigan after briefly disappearing from the real estate market for renovations.

The 5-bedroom, 5.5-bathroom home, located in a gated community in Bloomfield Township, has been listed with Re/Max New Trend for $1.2 million — a steep increase from the $800,000 asking price advertised in October.

According to the listing agent, who spoke with Forbes, the home has since undergone renovations and upgrades, and the new price is in line with comparable listings in the area.

“The home wasn’t lived in for 15 years and was in disrepair,” Michael Hermiz, of Re/Max New Trend, told the outlet. “Sabrina Owens [Franklin’s niece and executor of her estate] took it off market and fixed it up. The remodel was very tastefully done.”

The home, which Franklin purchased in 1997, encompasses 4,148 square feet and features a two-story “marble foyer,” a two-story great room, a “gourmet” kitchen and its own library, among other living areas. Design flourishes include french doors, a custom chandelier in the dining area and a granite fireplace and “wall of windows” in the great room, according to its listing.

When Franklin passed away at 76 in August 2018, she was living in a riverfront apartment in downtown Detroit, the Associated Press reported.

News of Franklin’s former home being relisted also comes amid reports that her sons, Theodore White II and Kecalf Franklin, were heading to court in an attempt to be named co-executor of their late mother’s will.

A judge is expected to determine the outcome Tuesday.

The Associated Press, and Fox Business' Rachel Tesler contributed to this report.