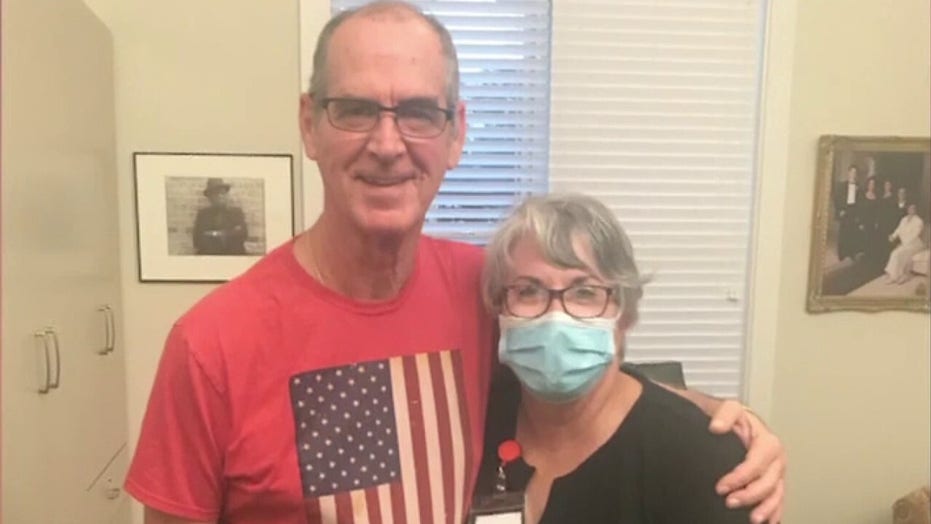 Mary Daniel opens up on 'Fox &amp; Friends' on her efforts to reunite with her husband with Alzheimer's during the COVID-19 pandemic.

The average American household will see 217 arguments a year – just over the dishes.

The new study asked 2,000 Americans who own dishwashers about what dishwashing habits make them tick.

SUMMER IN THE BACKYARD: 4 POPULAR FIRE PIT STYLES TO SET UP

Conducted by OnePoll on behalf of Finish, the results also found six in 10 respondents said they get stressed out when doing the dishes.

Some of these frustrations and arguments, though, may be connected to environmental concerns. Seven in 10 respondents said reducing their daily water use is a priority for them. And even though 76 percent said they make conscious decisions to positively impact the environment, over half also worry these steps won’t be enough.

The survey also found that 75 percent of those polled said they pre-rinse their dishes, but respondents also admitted this is causing more harm than good.

Seventy-two percent of respondents were in agreement with the belief that pre-rinsing dishes before loading the dishwasher is a waste of water.

According to the results, the average survey respondent believes 9.72 gallons of water go down the drain each time they take part in this habit. (iStock)

According to the results, the average survey respondent believes 9.72 gallons of water go down the drain each time they take part in this habit.

“Consumers might not be aware of how much water they waste when pre-rinsing their dishes, but the numbers are staggering,” said David Romero, Global Category Director for Finish at RB. “Up to 20 gallons of water goes down the drain for each load of dishes that a person pre-rinses.”

Four in 10 of those who admitted to pre-rinsing said they picked up the habit from their parents and this habit does seem to be generational.

Seven in 10 Millennials surveyed also agreed with this sentiment. Boomers seem to be stuck in their ways, though, with 57 percent feeling neutral or disagreeing with this belief altogether.

“Many states and regions of the U.S. are currently facing water crises, and it will take a collective effort to help reverse this trend,” said David Romero, Global Category Director for Finish at RB. “Skipping the rinse is an easy way to conserve water, and if we work together, we can make a big difference and save more than 150 billion gallons of water annually.”