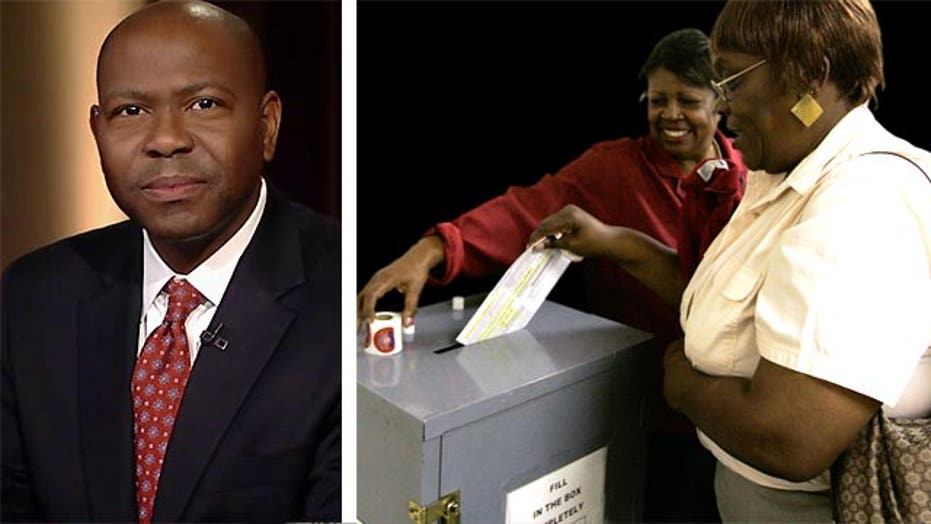 Jason Riley on African Americans and the midterms

Jason Riley, editorial board member of the Wall Street Journal, said Monday that as the midterms approach, there’s no reason African Americans should race to the polls to vote for Democrats.

Jason Riley, editorial board member of the Wall Street Journal, said Monday on “Special Report with Bret Baier” that President Obama is "pushing this racial angle" to convince black Americans to vote for Democrats in the midterm elections, a move he called "troubling."

Riley said there is no reason why black voters should be inclined to pick Democratic candidates over Republicans.

"Why should blacks be eager to run to the polls to support the Senate Democrats and Harry Reid?" he asked. "What have they done for blacks? Black unemployment is higher, black labor participation rates are the lowest they've been in 30 years, black poverty is going up. Why should blacks be enthusiastic about getting out to the polls to keep the president's party in power? There's no reason for them to be."

Riley criticized Obama for pushing the angle that black voters are key for Democrats in November, which he notes major newspapers have reported on.

"But to have a president out there pushing this racial angle, when we've had stories both in The New York Times and the Wall Street Journal to this effect is very troubling," he said.