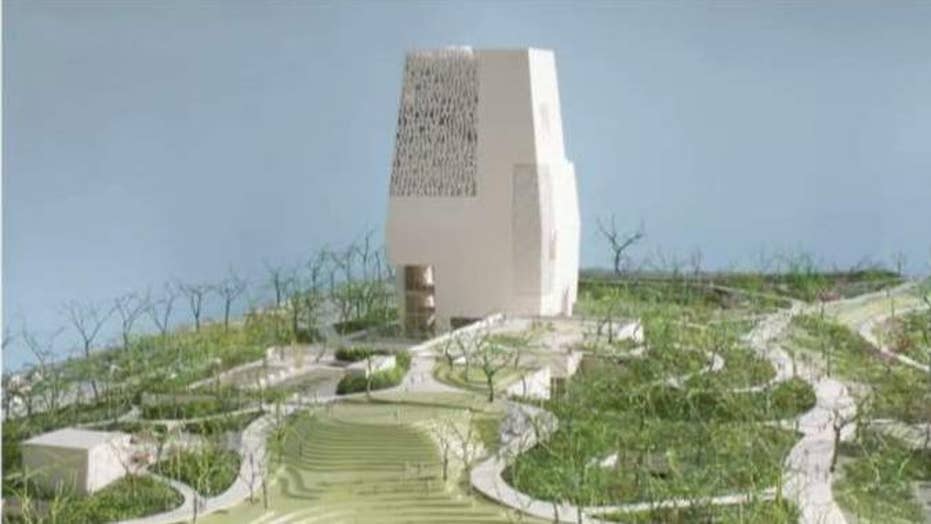 Charles Birnbaum of the Cultural Landscape Foundation speaks out on 'The Ingraham Angle.'

The controversial Obama Presidential Center in Chicago will benefit from almost $200 million in taxpayer funding for work on infrastructure projects near the center on Chicago’s South Side.

The Chicago Sun Times first reported Friday that Illinois lawmakers had approved $174 million for roadwork in and around Jackson Park related to the development of the center.

“Bringing the Obama Presidential Center to Chicago took leadership and vision, and we are gratified that our partners in Springfield also saw the potential for what this means for all of Illinois,” Emanuel said in a statement Friday.

His office said that the funding would go toward meeting "the transportation infrastructure needs related to the Obama Center, from road construction to traffic mitigation to pedestrian safety to parkland enhancement."

“The state’s $174 million investment in infrastructure improvements near the Obama Center on the South Side of Chicago is money well spent,” he said.

The Washington Examiner reports that Illinois taxpayers will also shoulder half of a $50 million project to overhaul an above-ground rail stop two miles from the center. The other half will be funded via a Transportation Department grant.

The Center won approval from Chicago’s city council last month, despite significant resistance and protests from its opponents, who are skeptical of the Obama Foundation’s claim that the center will support thousands of new jobs and have a total economic impact of $3.1 billion in its first 10 years.

Opponents doubt that the center will yield those benefits to local residents, have expressed anger at the lack of a formal agreement with the local community, and others have challenged the use of local parkland for the project.

The Center still has a series of approval steps to go through, including a federal review, but has also faced a lawsuit by Protect Our Parks, which alleged that the city was engaging in a “short con shell game” to get the 12-story museum and library built on parkland.

The lawsuit argued that while the purpose of transferring the land was to house the official Obama presidential library, the center will not include his presidential papers, only a digital copy.

"Defendants have chosen to deal with it in a classic Chicago political way, known as a short con shell game, a corrupt scheme to deceive and seemingly legitimize an illegal land grab, one that will endure for centuries to come, regardless of future changing public park needs and increasingly consequential environmental conditions,” the lawsuit said.

But the Obama Foundation and Chicago officials have pushed back on that narrative, saying that the center will be an enormous benefit to the local community.

“The Obama Presidential Center will be a transformational project for Chicago’s South Side, and this state funding demonstrates Illinois’ commitment to honoring the legacy of Chicago’s favorite son and daughter,” Mayor Emanuel said.