Likely 2016 presidential candidate Scott Walker refused to say Wednesday whether he believes in the theory of evolution, dodging that question and several others about foreign policy after delivering a speech about global trade in London.

"I'm going to punt on that one as well," said Wisconsin's Republican governor when asked about evolution at the end of an hour-long appearance at the prestigious Chatham House think tank. "That's a question a politician shouldn't be involved in one way or the other. So I'm going to leave that up to you."

Walker, an evangelical Christian and the 47-year-old son of a Baptist preacher, also declined to answer a series of questions about foreign policy, including how the West should combat the Islamic State group, whether the U.S. should arm Ukrainian rebels and whether it's wise for Great Britain to remain in the European Union.

"I don't think it's polite to respond on policy in the United States when you're in a foreign country," Walker said when asked about Islamic State. "That's certainly something I'll answer in the future."

The speech marked Walker's only planned public even during a four-day trade mission to the United Kingdom that wraps up Friday. He's also met privately with British Prime Minister David Cameron and British treasury chief George Osborne, among other officials.

While Walker's trip to London is an officially trade mission, it was widely viewed as an opportunity for the second-term governor to bolster his foreign policy experience — among the thinnest areas of his resume heading into an expected 2016 presidential run.

But Walker chose not to answer questions from audience members at the speech, including reporters, that strayed from his domestic policies and thoughts on trade. When giving his answer on evolution, he said, "I'm here to talk about trade and not pontificate on other issues."

"I love the evolution of trade in Wisconsin and I'd like to see an even bigger evolution as well," he said.

A spokeswoman for Walker's governor's office referred questions about his position on evolution to his political operation, which did not immediately respond to requests for comment.

One Wisconsin Now, a liberal advocacy group that tracks Walker's statements, said they had no record of him previously addressing his beliefs on evolution.

Walker, who rose to political fame by effectively ending collective bargaining for most public workers in Wisconsin, and then surviving a subsequent recall election, also defended his record at home and questions about his latest proposal to cut funding for the University of Wisconsin by $300 million during his appearance.

Walker is the latest in a steady stream of potential Republican 2016 hopefuls making trips to London. New Jersey Gov. Chris Christie was there last week and others, including Louisiana Gov. Bobby Jindal, former Arkansas Gov. Mike Huckabee and then-Texas Gov. Rick Perry, have all traveled to the United Kingdom in recent months.

Walker's London trade mission comes after he raised attention during an interview on ABC earlier this month saying that the U.S. had to be prepared "to put boots on the ground if that's what it takes" in the fight against the Islamic State group.

Pressed on whether that meant putting U.S. troops in Syria, Walker said, "No, I don't think that is an immediate plan."

Walker's lack of overseas experience is a vulnerability already being picked at by one other potential 2016 presidential candidates.

Florida Sen. Marco Rubio criticized Walker and other governors considering a 2016 campaign when asked at a conservative summit last month in California about their relative lack of foreign policy experience.

"Taking a trip to some foreign city for two days does not make you Henry Kissinger," Rubio said. 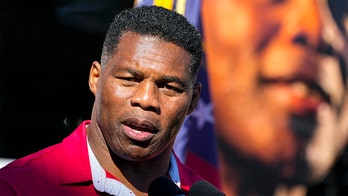 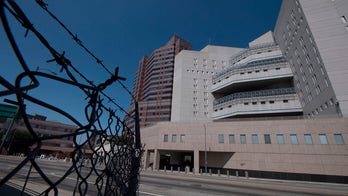