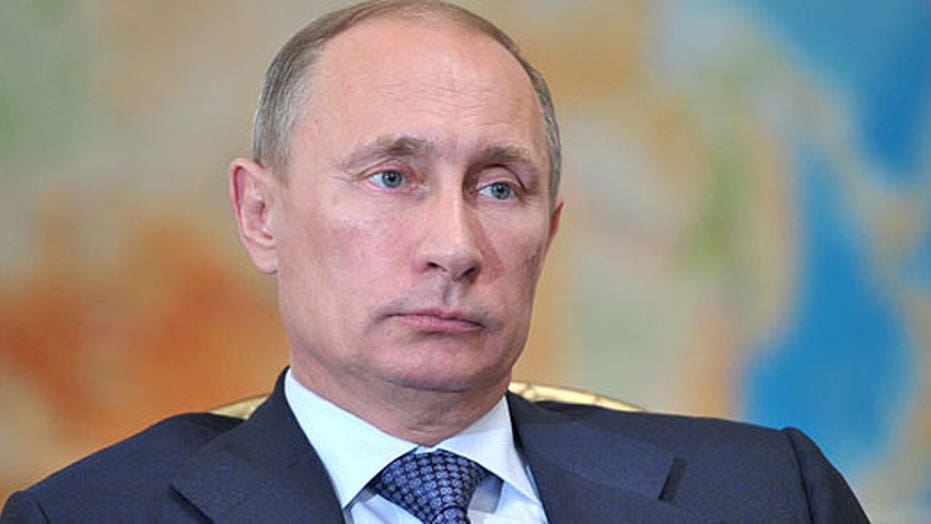 West in a bind over Russian sanctions

France seeks to lift sanctions on Russia over Ukraine

The plummeting price of oil is giving the economies of Russia, Iran and Venezuela a strong smack upside the head.

And while the resulting crises before Russian President Vladimir Putin, the ruling clerics in Iran and the successor to Hugo Chavez in Venezuela won't engender much sympathy from many corners of the world, what those leaders may do in response has a number of foreign policy analysts worried.

"With the oil situation, things can go in a lot of different ways," Stephen Szabo, executive director of the Transatlantic Academy, told Watchdog.org. "The leadership in these countries is not exactly responsive to their people and they could lash out."

All three countries rely on high oil prices to keep their governments afloat.

A recent estimate by the International Monetary Fund, Deutsche Bank and Fitch Rankings reported Russia needs the global oil price at $98 a barrel to cover its budgetary expenditures. Venezuela's "break even" price is about $117.50 a barrel and Iran's is even higher -- $130.70.

That's a far cry from where oil opened the new year.  Brent crude trading for February delivery was selling on London's ICE Futures exchange at $55.87 a barrel, and experts are expecting further price declines.

"It's especially bad in Venezuela," Steve Hanke, professor of applied economics at Johns Hopkins University and director of the Troubled Currencies Project at the Cato Institute, told Watchdog.org. "They're really in the wringer. It's an immediate problem. It's not a theoretical thing ... They have a big fiscal deficit and it will get bigger because of oil."