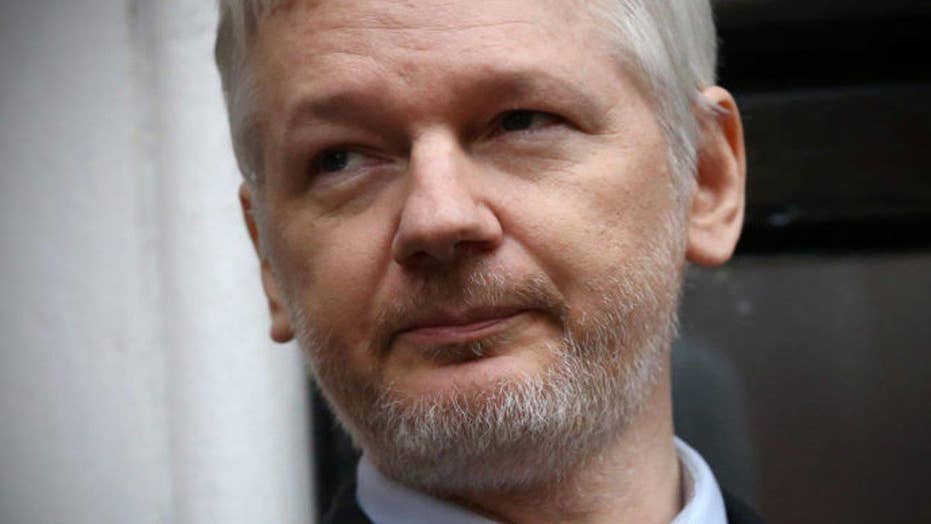 Hillary Clinton’s campaign opened a nasty Twitter war with WikiLeaks late Monday amid the leak of campaign chairman John Podesta’s purported emails, with spokesman Brian Fallon accusing the group of being a “propaganda arm” for Moscow and WikiLeaks firing back with a battery of counter-charges -- and another document dump.

Late Monday, Fallon tweeted that “media needs to stop treating WikiLeaks like it is same as FOIA" and recognize that the emails are from "an illegal hack" from a group "colluding" with Russia to help Donald Trump. WikiLeaks has since gone point for point with him on Twitter, accusing the campaign of "lying."

If you are going to write about materials issued by @wikileaks, you should at least state they are product of illegal hack by a foreign govt

Media needs to stop treating Wikileaks like it is same as FOIA. Assange is colluding with Russian government to help Trump.

Fallon’s claim of Russian involvement comes after the Obama administration announced Friday that the Russian government has been deploying hackers to meddle in the election. The Clinton campaign seized on the development to argue that Russia is working to hand Trump the election.

They have also used the claim to downplay the damaging revelations in the emails. Clinton was grilled at Sunday night's debate, for instance, about a leaked speech excerpt in which she distinguished between a “private” and “public” position on certain issues.

Other revelations include the 71-page opposition file the Clinton campaign put together on Bernie Sanders, and the head of a Clinton-connected consulting firm calling Chelsea Clinton a “spoiled brat kid.”

On Twitter, Fallon directed media outlets to what he believes is the real story of the WikiLeaks dumps.

@brianefallon Yes. It tells you that we are an award winning media organization and not 'hackers'. We don't "target" anything.

.@wikileaks You are no media organization. You are a propaganda arm of the Russian govt, running interference for their pet candidate, Trump

WikiLeaks went on to accuse the Clinton campaign of “spewing lies” and “leaking like the Titanic."

@brianefallon False. Spewing lies does not increase your campaign's credibility. Who we are is well documented: https://t.co/hgo2xg3ukr

@brianefallon Yes.The Clinton campaign is leaking like the Titanic.