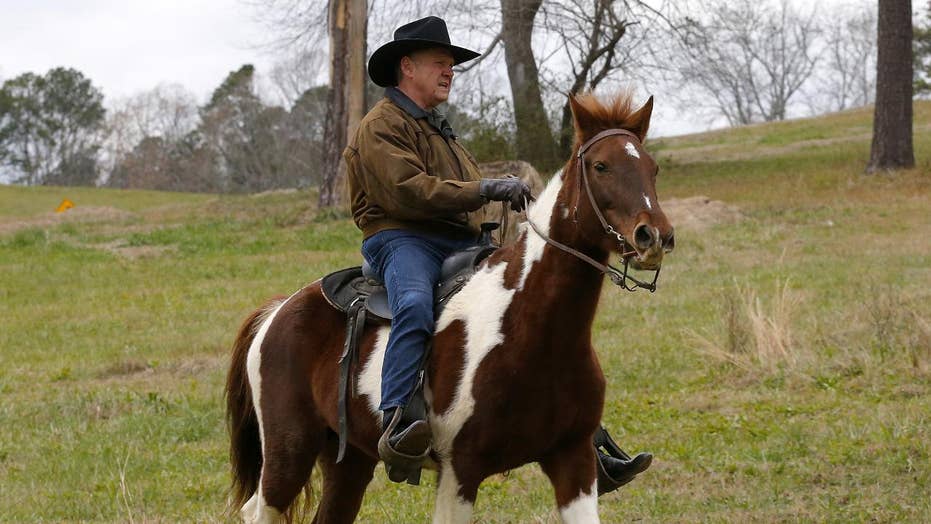 Defeated Alabama GOP Senate nominee Roy Moore found himself at the center of controversy a month before the election as multiple women accused him of sexual misconduct. Democratic nominee Doug Jones beat Moore on Dec. 12 in the highly contentious race.

Moore’s campaign responded to the allegations, calling them “baseless” and “the very definition of fake news.”

Since the allegations were published, several potential Republican colleagues in the Senate – including some who endorsed Moore – called on the former judge to step aside from the Dec. 12 special election. However, President Trump has stood by him.

Here’s a look at Moore and how he came to be the Republican’s pick for Senate.

Strange was appointed to finish out Jeff Sessions’ term when he was tapped as the U.S. attorney general. He was strongly backed by President Trump and Vice President Mike Pence, who both visited Alabama to campaign for the senator.

But former White House chief strategist Steve Bannon pitted himself against Trump in the race as he backed Moore and campaigned for him on the eve of the election.

Following the election, Trump tweeted that he spoke to Moore for the first time and credited him with running a “fantastic race.”

A former Alabama chief justice, Moore has been dubbed the “Ayatollah of Alabama” by critics who believe he too closely mirrored his political and judicial responsibilities.

He was twice removed from Alabama’s Supreme Court.

The first time, he was removed when he refused to move a boulder-sized Ten Commandments monument from the statehouse; he was permanently suspended in 2016 after he instructed probate judges to deny marriage licenses to gay people.

Moore used those Supreme Court controversies to boost his support among conservative evangelicals; he told Republican voters that those cases were akin to battle scars for standing up for what he believes. On his campaign website, Moore said he was suspended for “upholding the sanctity of marriage as between one man and one woman.”

Moore was called racially insensitive when he used dated terms to seemingly describe Asian people and Native Americans during a campaign speech.

He also suggested the 9/11 terrorist attacks were a punishment from God and said God was upset with the U.S. because “we legitimize sodomy” and “legitimize abortion," CNN reported.