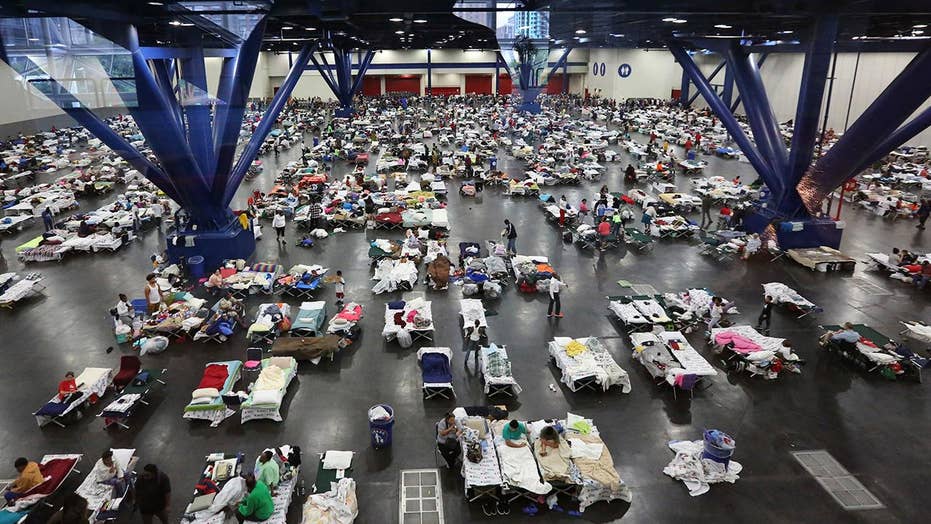 The request comes as the government is spending almost $200 million a day for emergency hurricane response and faces a surge in flood claims for federally insured homes and businesses slammed by hurricanes Harvey, Irma and Maria.

White House budget director Mick Mulvaney told lawmakers in officially submitting the request that the federal flood insurance program "is not designed to handle catastrophic losses like those caused by Harvey, Irma, and Maria. The NFIP is simply not fiscally sustainable in its current form."

Mulvaney proposed a package of changes to the flood insurance program that would protect low-income policyholders from big rate hikes and allow the government to drop from the program properties that have been repeatedly flooded.

In the meantime, Wednesday's request proposal would provide $16 billion to pay those flood claims, along with $13 billion for Federal Emergency Management Agency disaster relief efforts. Federal firefighting accounts would receive $577 million as well to replenish them after a disastrous season of Western wildfires.

The federal flood insurance program is on track to run out of money to pay claims during the week of Oct. 23. Mulvaney said more than 20,000 federal workers have been deployed by various agencies to help in the hurricane recovery effort. The "burn rate" of almost $200 million a day is requiring an infusion of cash into FEMA coffers.

The request would bring the price tag for this year's costly hurricane season to about $44 billion -- and that's before rebuilding efforts get under way in earnest. A final estimate is a ways away since damage assessments of Puerto Rico may take some time, but Mulvaney said the administration will submit assessments in time for a budget hoped-for budget agreement later this year.

"The hundreds of thousands of people affected by Hurricanes Harvey, Irma, and Maria have suffered enough. Congress must provide whatever is necessary to get these families back on their feet and to rebuild their communities," said House Appropriations Committee Chairman Rodney Frelinghuysen, R-N.J. "This will be a long process, and this next round of funds certainly won't be all that is needed."

Congress is in the midst of an effort to reauthorize the flood insurance program, which critics say makes taxpayers subsidize properties that have repeatedly flooded. A bipartisan effort to reform the program was enacted in 2012. It was significantly watered down just two years later after complaints of huge premium increases and resulting disruptions in coastal real estate markets.

Trump raised eyebrows in a Tuesday interview with Fox News when he said the Puerto Rican government's debt would have to be "wiped out."

"They owe a lot of money to your friends on Wall Street and we're going to have to wipe that out," Trump said.

But on Wednesday, Mulvaney told reporters that "we are not going to be offering a bailout for Puerto Rico or for its current bondholders."

Trump surveyed hurricane damage in Puerto Rico on Tuesday. He praised his administration's response, even as lawmakers returning from the island say the president is painting far too rosy a picture.

Rep. Luis Gutierrez, D-Ill., the situation there presents more difficult challenges than disasters in the continental U.S. For instance, without power or internet service, victims of Maria can't go online to register for aid. Housing vouchers are largely useless since the entire Island is devastated. He said many thousands of Puerto Ricans will need to be evacuated to the U.S. mainland.