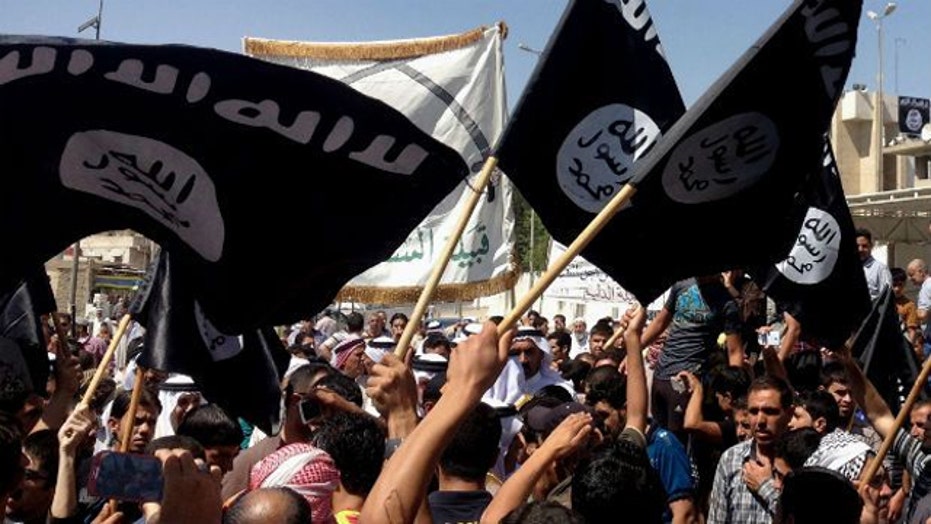 Diplomats from 26 nations gather in Paris to discuss ISIS plan

White House officials have claimed that Arab nations have offered to join the U.S. in airstrikes against the Islamic State militant group in Iraq and Syria, though no countries were specifically named.

The New York Times reported that Secretary of State John Kerry had declined to say which states had offered to contribute air power, with White House officials saying that any announcement of specifics could wait until later this week. Kerry is scheduled to testify before congressional committees Wednesday and Thursday.

Led by Kerry, U.S. diplomatic officials have raced to secure commitments from allies in Europe and the Middle East, as well as nations like Australia, since President Obama authorized expanded action against the Islamic State, also known as ISIS, in a televised address last Wednesday. On Monday, Kerry attended international talks in Paris seeking to finalize a strategy against ISIS, which rocketed to prominence over the summer by seizing broad swathes of territory in northern and western Iraq.

The Times reported late Sunday that any effort on the ground against ISIS would be dependent upon regular Iraqi troops, Kurdish Peshmerga fighters in that country's north, and moderate Syrian rebels who have battled the forces of that country's President, Bashar al-Assad, in a bloody civil war since 2011. The paper said that the U.S. strategy calls for the Iraqi army to be guided by 12-man teams of advisers, with arms and other assistance going to the Peshmerga. The Obama administration has called on Congress to approve a $500 million arms package for the Syrian opposition, meant to serve as a prelude for the expansion of the U.S. effort against ISIS.

According to the Times, State Department officials say that Arab nations could participate in non-lethal ways against an air campaign against ISIS, possibly by making reconnaissance flights or by flying arms to Iraqi or Kurdish forces.

Reuters reported Monday that France has offered to take part in airstrikes against Iraq, and the Associated Press reported, citing a French official, that jets from that country were prepared to carry out reconnaissance flights beginning Monday.

"The terrorist threat is global and the response must be global," French President Francois Hollande said in opening Monday's conference. "There is no time to lose." French Foreign Minister Laurent Fabius acknowledged that a number of the countries at the table Monday had "very probably" financed ISIS's advances.

Muslim-majority countries are considered vital to any operation to prevent the militants from gaining more territory in Iraq and Syria. Western officials have made clear they consider Assad to be part of the problem, and U.S. officials opposed France's attempt to invite Iran.

In an exclusive interview on Sunday with The Associated Press in Paris, Iraq's President Fouad Massoum — a Kurd, whose role in the government is largely ceremonial — expressed regret that Iran was not attending the conference.

Massoum noted "sensitivities between some countries and Iran."

He also seemed not to welcome the possible participation Egypt, the United Arab Emirates and Saudi Arabia in air strikes in Iraqi territory.

Speaking in his first interview since becoming Iraqi prime minister, Haider al-Abadi told state-run al-Iraqiyya in comments aired Sunday that he had given approvals to France to use Iraqi airspace and said all such authorizations would have to come from Baghdad.

Earlier, Fabius said quick action was vital, insisting there was no comparison with the 2003 U.S. invasion of Iraq, which France vocally opposed.

"It's the same geographic area but that's the only similarity," Fabius told France Info radio on Monday. "When you are a political leader you have to measure the cost of inaction."

U.S. Central Command has carried out more than 150 airstrikes against ISIS targets in Iraq since August 8. The militant group has responded by beheading three Western hostages, most recently British aid worker David Haines, whose killing was shown in a graphic video released Saturday.