Footage from August 2022 shows a large group of migrants crossing the border at Eagle Pass, Texas, while also stating where they were coming from. (Fox News)

The White House on Monday claimed that illegal immigrants are not just "walking" across the southern border — a statement that contradicts footage captured at the border daily that shows migrants walking across the border and into the United States.

White House press secretary Karine Jean-Pierre was pressed by Fox News White House correspondent Peter Doocy about why migrants are allowed to illegally enter the U.S. without being vaccinated for COVID-19 but an unvaccinated foreign national traveling on a plane cannot.

"Somebody unvaccinated comes over on a plane. You say that's not OK. Somebody walks into Texas or Arizona unvaccinated, they're allowed to stay? Why?" Doocy asked at the White House press briefing.

"But that's not how it works," Jean-Pierre said.

KARINE JEAN PIERRE SLAMMED FOR DENYING ANYONE ‘WALKS OVER’ THE BORDER: ‘CAN WE GET A FACT CHECK ON THIS ONE?’ 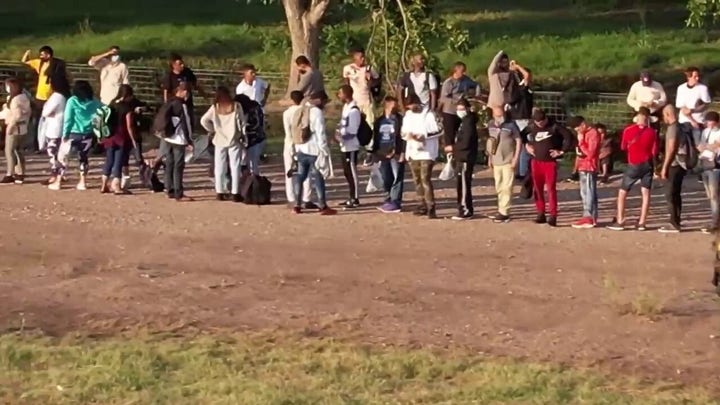 "That's what's happening," Doocy said. "I know that's not what you guys want to happen. But that is what is happening."

"But that's not — it's not like somebody walks over," Jean-Pierre responded.

She then restated the administration’s border priorities and its achievements while in office, including moves to expand legal pathways, extra funding and cooperation with Western Hemisphere leaders. She contrasted that with the Trump administration, which she accused of focusing on building a wall. 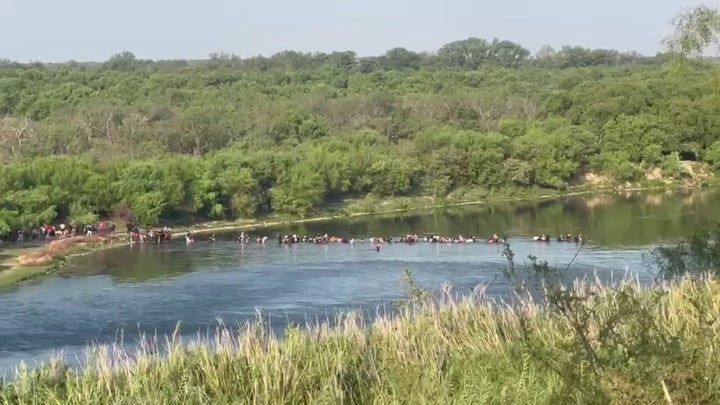 "It is not that simple. It’s not just that people are walking across the border," she said. "We have a plan in place."

"This is a coordinated disinformation campaign by this administration. To claim illegal aliens are not walking across the border or to infer that they are tested for COVID is absurd," former acting DHS Secretary Chad Wolf tweeted. "And they know better."

The claim is also in sharp contrast to footage taken by Fox News since the beginning of the border crisis last year, including in recent months when Fox has filmed multiple groups of illegal immigrants walking into the United States. 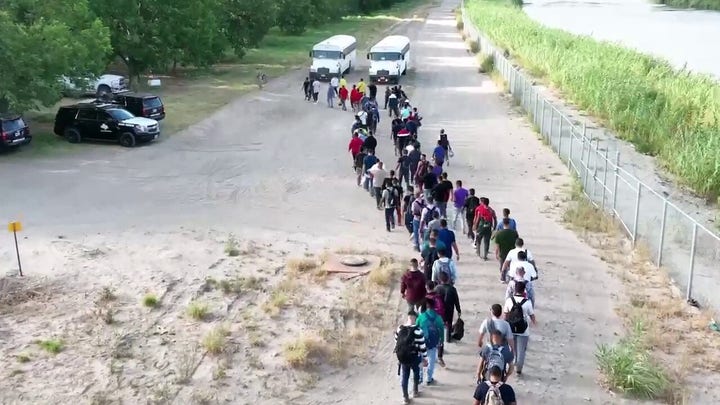 In multiple videos, migrants waved to Fox News cameras as they wandered into the U.S. and toward Border Patrol agents — where they would in many cases be processed and released into the interior. They told Fox that they were coming from faraway destinations such as Venezuela and Colombia.

In many cases, migrants are guided across the perilous terrain by human smugglers, who will charge migrants thousands of dollars per person and to whom the migrants will often be indebted after they enter the U.S.

In one instance in July, footage captured hundreds of illegal border crossers guided into the water by smugglers, often referred to as "coyotes," at the river in Eagle Pass in Texas.

Meanwhile, there are many others who do not hand themselves over to Border Patrol and instead will sneak past overwhelmed agents.

As of August, there were more than 500,000 "gotaways" this fiscal year, eclipsing the 389,155 known​ gotaways that DHS Secretary Alejandro Mayorkas previously testified there were in all of fiscal year 2021. DHS sources have told Fox that there are an average of 55,000 gotaways each month. 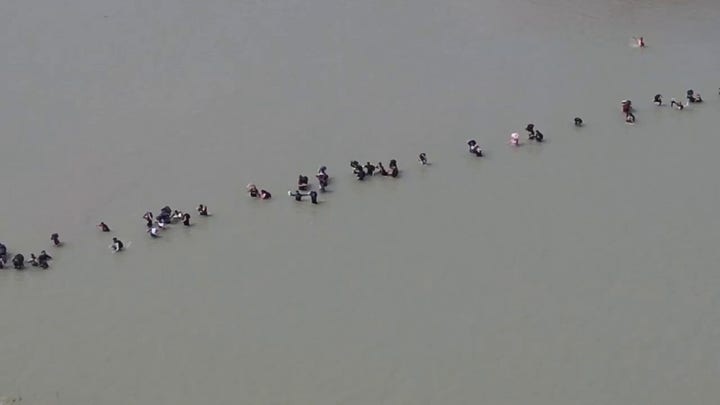 There have been approximately 900,000​ known gotaways since the beginning of fiscal year 2021, per the sources, which is equivalent to a population bigger than the city of San Francisco sneaking across the border without apprehension.

The Biden administration has focused its response to the crisis on targeting what it calls "root causes" of the crisis like climate change, corruption and poverty in Central America. It has also implemented a new asylum rule to reduce immigration hearings from years to months. Jean-Pierre cited increasing DHS funding and an "unprecedented" anti-smuggling campaign that has made more than 3,000 arrests in its first three months.

"We have a plan in place. This is not like switching the lights on. Right?" she said on Monday. "This is going to take a process. We are fixing a broken system that was actually left by the last administration."