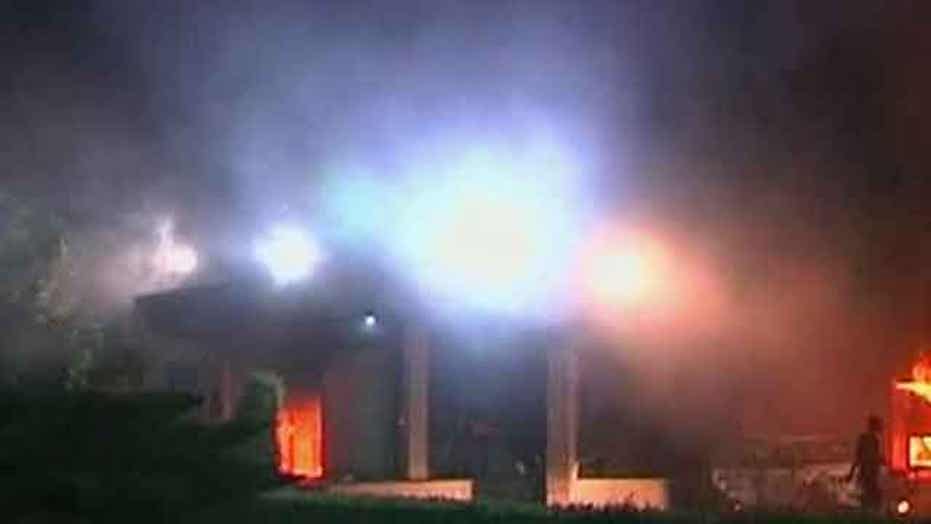 The White House said bluntly Wednesday that it considers the controversy over the Benghazi attack to be among the so-called "phony scandals" that President Obama has been complaining about in recent speeches -- even as new questions were being raised about the lack of progress in the investigation.

Press Secretary Jay Carney was asked at the daily briefing about Obama's repeated claim -- which he asserted most recently during a speech in Tennessee on Tuesday -- that Washington is getting distracted by phony scandals. Asked what the president was referring to, Carney listed the scandals over the IRS targeting of conservative groups and over Benghazi.

"What we've seen, as time has passed and more facts have become known, whether it's about the attacks in Benghazi and the talking points or revelations about conduct at the IRS, that attempts to turn this into a scandal have failed," Carney said.

Carney was specifically referring to claims by GOP lawmakers that the administration misled the public about the nature of the attack, by stressing the connection to an anti-Islam film. The administration denies this. But lawmakers continue to have concerns that extend far beyond the so-called Benghazi talking points.

"His recently calling these phony scandals, that, to me, is incredibly wrong. It's misleading to the American people," she said.

Specifically, lawmakers on Wednesday renewed their concerns -- in a letter to the newly confirmed FBI director -- about the status of the investigation into the attack.

Eight Republican lawmakers, voicing frustration about the seemingly slow pace of the investigation 10 months after the Sept. 11 attacks, were sending the letter to James Comey, demanding he make the Benghazi probe a priority. Comey was confirmed on Monday to replace Robert Mueller at the helm of the FBI.

Rep. Jason Chaffetz, R-Utah, who started the letter along with Sen. Lindsey Graham, R-S.C., told Fox News that the FBI is failing to interview key people connected with the militant group Ansar al-Sharia.

"Our FBI has never talked to these people, and that's just wholly unacceptable," Chaffetz said.

"This is a pathetic effort to bring people to justice," Graham said, in a separate interview with Fox News.

In the draft letter, the lawmakers ask for a status report within 30 days.

"Rumors continue to swirl about the whereabouts of suspects involved in the attack. The FBI continues to add pictures of potential assailants to its website and asks the Libyan people to assist with identifying the alleged perpetrators. We struggle to understand why we don't know more about those who attacked two U.S. compounds and murdered four brave Americans," they wrote.

"It has been more than 10 months since the attacks. We appear to be no closer to knowing who was responsible today than we were in the early weeks following the attack. This is simply unacceptable. We encourage you to be aggressive in your investigation to properly hold accountable those who attacked our compounds in Benghazi."

Obama administration officials have tried to assuage lawmakers' lingering concerns and questions about the Benghazi attack, including over allegations that the administration misled the public about the nature of the assault last September. But lawmakers have also grown increasingly frustrated over the fact that nobody has been brought to justice since four Americans were killed in the attack on two U.S. posts in the eastern Libya city that was a home base for the anti-Qaddafi rebellion.

Lawmakers probed further on Wednesday, when they had a closed hearing with Col. George Bristol, who was the commander of a task force operating in northern and western Africa. He briefed members of the House Armed Services Committee.