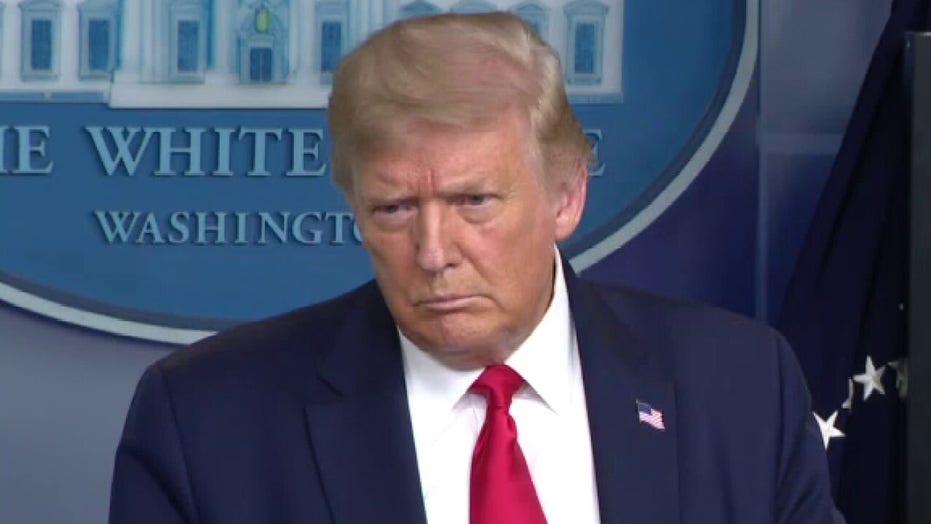 Trump says he will deliver convention speech in different form, North Carolina portion of the convention will go on as scheduled.

Jacksonville’s out – but Charlotte remains.

The morning after President Trump abruptly announced that he was canceling the celebratory portions of the Republican National Convention scheduled to be held in Jacksonville, Fla., the week of Aug. 24, GOP officials outlined how some of the remaining aspects of the confab will work.

The Republican National Committee (RNC) now says that “a few hundred delegates” will be in Charlotte, N.C., on Monday, Aug. 24 for convention business, which will include the formal nomination of the president. As Fox News reported last month, the delegates convening in Charlotte will not be voting on a 2020 party platform or even re-adopting the 2016 platform. Since there will be no convening of a platform committee, the 2016 platform will remain in effect.

A Republican official tells Fox News that “nothing has really changed in Charlotte. The plan was to have a few hundred delegates there on Monday for convention business, including the formal nomination, and that remains the case.”

But with coronavirus cases surging in Florida – which has become one of the outbreak’s epicenters the past month – the GOP announced last week that they were downsizing the events in Jacksonville. That was followed by the president’s announcement on Thursday that he was pulling the plug on Jacksonville.

The RNC says that they are still planning for four days of convention programming in prime-time. But they didn’t add any details in what appears to be very much a work in progress. More details may come Friday afternoon, when Trump re-election campaign manager Bill Stepien is scheduled to brief reporters.

The president hinted on Thursday night that the party may hold rallies during the convention week that supporters could join by telephone or video.

“We're going to do some things with tele-rallies and online the week that we're discussing, which would be really good,” Trump said.

But the Democratic National Committee announced last month that their confab will be conducted mostly online -- with delegates and Democratic members of Congress taking part in the convention virtually rather than in-person.