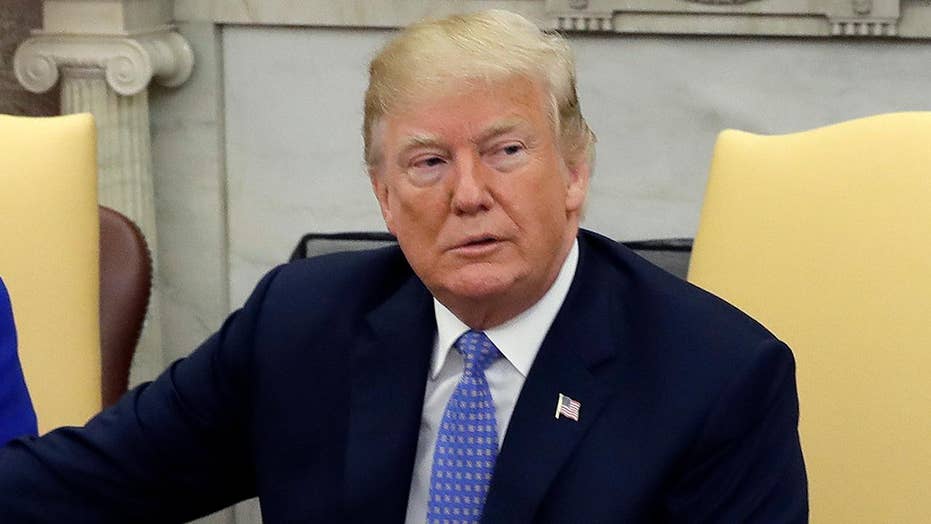 Wrapping up its investigation into potential collusion between Russia and the Trump campaign, the House Intelligence Committee released its final report on April 27 -- and seemingly vindicated President Trump.

This investigation is the first of several to actually conclude. An investigation led by Special Counsel Robert Mueller is ongoing.

Read on for a look at seven things you need to know about the report.

‘No collusion’ but ‘poor judgment’

The report says it found “no evidence” of collusion from the president’s campaign with Russia, though it concluded that both Trump's campaign and that of Democrat Hillary Clinton exercised “poor judgment.”

“While the committee found no evidence that the Trump campaign colluded, coordinated or conspired with the Russian government, the investigation did find poor judgment and ill-considered actions by the Trump and Clinton campaigns,” the report stated.

As for Clinton, the committee criticized her campaign and the Democratic National Committee (DNC) for “using a series of cutouts and intermediaries to obscure their roles, paid for opposition research on Trump obtained from Russian sources, including a litany of claims by high-ranking current and former Russian government officials.”

The committee said it found Russia carried out cyberattacks “on U.S. political institutions” from 2015 to 2016. The section on what the committee found on the cyberattacks is mostly redacted.

According to its report, the committee also found that “Russian-state actors and third-party intermediaries were responsible for the dissemination of documents and communications stolen from U.S. political organizations.”

“This represents a ‘significant escalation in directness, level of activity and scope of effort’ in Russia’s ‘longstanding desire to undermine the U.S.-led liberal democratic order,’” the report read. “It is therefore likely that high-level Russian government approval was required in both planning and execution of the operation.”

The investigation found that Russia’s “increasingly aggressive cyber operations” would “continue to present a profound threat.”

The investigation found that leaks were used “to sow discord in the U.S. presidential election,” which began before Election Day.

It also accused former Director of National Intelligence James Clapper of having “provided inconsistent testimony to the Committee about his contacts with media,” specifically pointing to inconsistencies in Clapper’s testimonies regarding whether he discussed the controversial dossier with reporters.

The more than 250-page report contains heavy redactions from the intelligence committee -- and House Republicans have said they plan to challenge those redactions. Rep. Mike Conaway, R-Texas, said some of the data redacted included public information, such as declassified material and names of witnesses.

“I am extremely disappointed with the overzealous redactions made by the IC,” Conaway said in a statement, adding that he plans to challenge the IC’s redactions “with the hopes of releasing more of the report in the coming months.”

The committee urged intelligence officials to immediately alert presidential candidates when they discover “legitimate” threats to the campaign. Officials should also inform Congress, it said.

Additionally, the committee recommended the executive branch “crack down” on leaks by conducting polygraphs of certain employees with top secret clearances.

Democrats on the committee, particularly ranking member Adam Schiff of California, fiercely oppose the report and have released their own document. Schiff accused Republicans of failing to properly investigate, including by not interviewing certain witnesses or obtaining specific documents.

“Throughout the investigation, Committee Republicans chose not to seriously investigate -- or even see, when in plain sight -- evidence of collusion between the Trump campaign and Russia, instead adopting the role of defense counsel for key investigation witnesses,” Schiff said.

He called on the panel to release the transcripts from the interviews it conducted with key witnesses, but Conaway, who took over the probe last year, said the committee needs permission from intelligence officials before doing so.

Schiff also said the “content of the report changed daily, including on key assessments.” He attributed it to Republicans’ “fundamentally flawed approach to the investigation and the superficial and political nature of its conclusions.”

Trump has already responded to it

Shortly after the report was released, Trump heralded it on Twitter and called for the investigations to end.

Trump has often called the Russia investigation a “witch hunt” and has repeatedly denied allegations that his campaign colluded with Russians during the election.